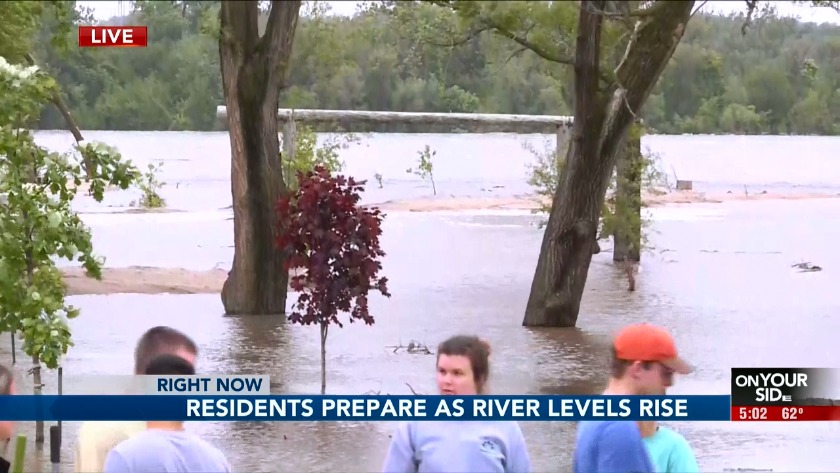 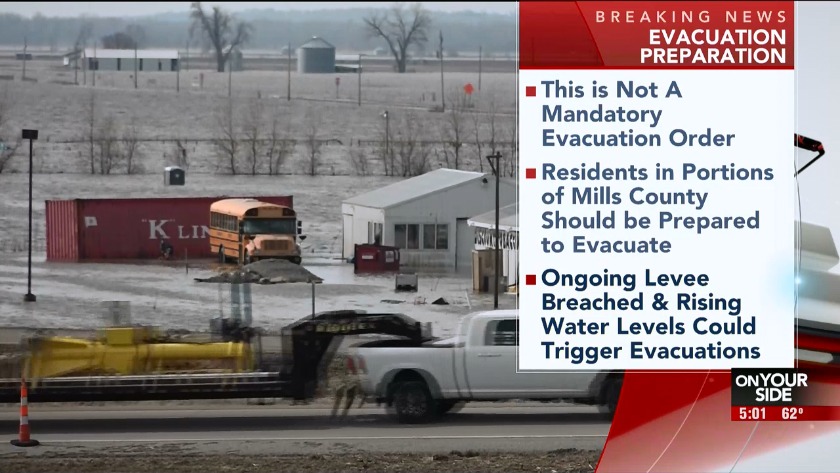 BELLEVUE, Neb. (WOWT) -- Residents in southeast Nebraska and southwest Iowa are bracing for more flooding after storms early Tuesday, with more expected in the evening. Here's the latest updates:

4:59 p.m. -- Iowa Department of Transportation advises it may close — on short notice — "several roadways in western Iowa due to concerns of flooding":

4:14 p.m. -- Residents of Hanson Lakes south of Bellevue have been placing sandbags along areas near the Platte River as waters there continue to rise.

3:36 p.m. -- Mills County Emergency Management and the county's Board of Supervisors is recommending residents in the southwest part of the Iowa county make evacuation preparations, according to a release issued Tuesday afternoon.

Those south of Gaston Avenue to the Mills/Fremont county line and west of Interstate 29 are advised that mandatory evacuations could be ordered in the near future, should ongoing levee breaches and rainfall continue.

In addition, road closures have been placed at 180th Street and Kane Avenue, north of Lambert; and Karns Road west of I-29.

NEED HELP? Mills County residents in need of evacuation assistance are asked to contact the Mills County Communications Center at 712-527-4871.

The National Weather Service has projected that the Missouri River will rise at least three feet over the next two to three days, with an anticipated crest of 32.6 feet by Thursday.