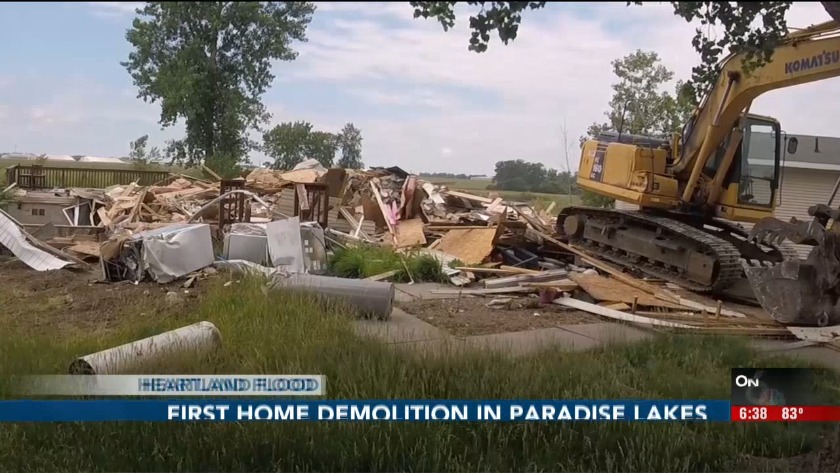 The homes in Paradise Lakes begin coming down 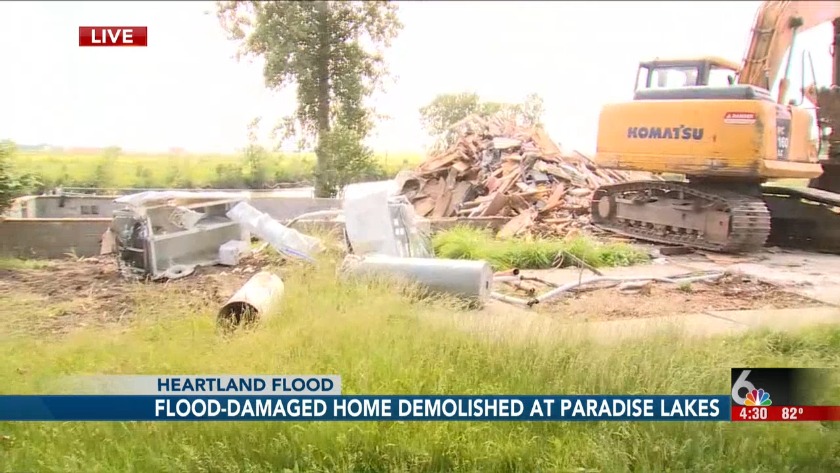 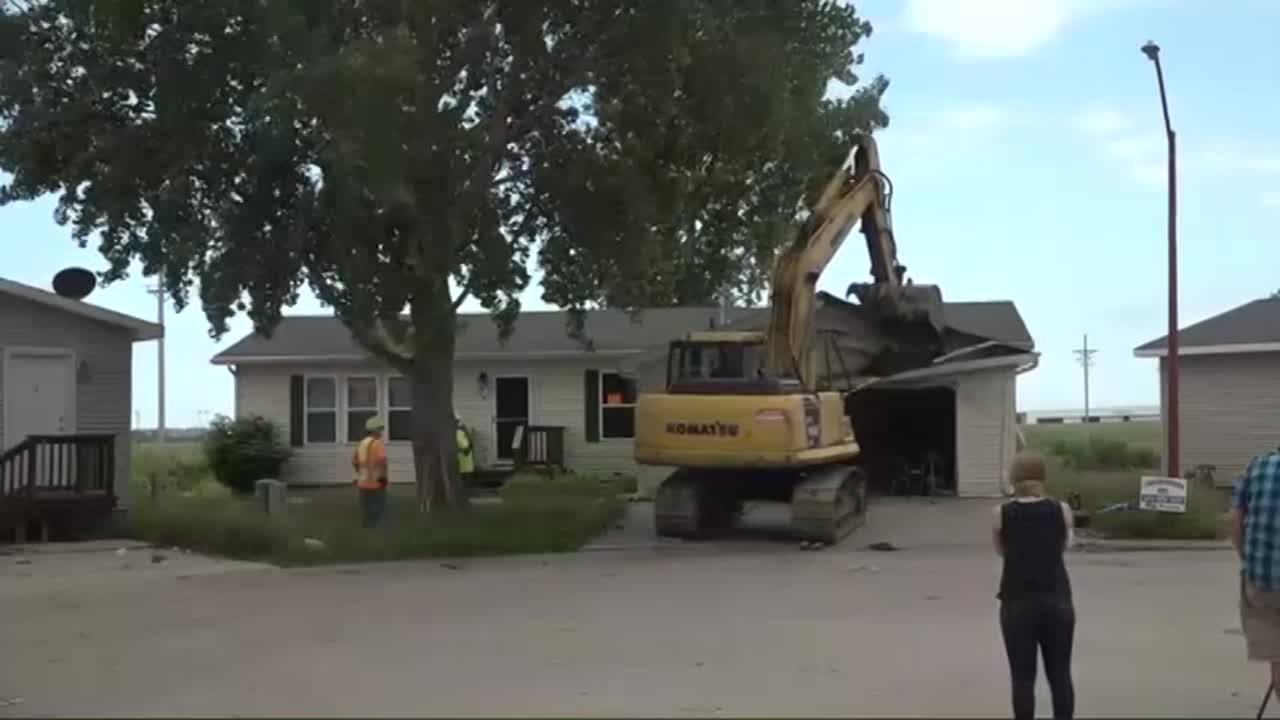 BELLEVUE, Neb. (WOWT) -- The spring floods dropped a heavy hammer on Paradise Lakes and what's left of the properties there is about to get scraped from the earth.

The demo work began with a home that had been idle for three months in the aftermath of the flood. It came down in a half hour.

The home belonged to the Flesher family.

For six weeks Chris Flesher has been working to obtain a permit to demolish the home he owned for less than a year when the heartland flood hit.

Testing for asbestos and shutting off utilities were the last hurdles before the demolition was possible.

On Tuesday the Bellevue City Council said they would not be paying for the demolition of Paradise Lakes. Instead, homeowners had six weeks to pay a contractor of their choice or the city would do it and bill the owners.

Flesher said at this point he just wants it over. “I've been waiting for this day for a couple months now and it's great to have it finally done and over with. It would be nice to have people quit breaking into and stealing our stuff."

The son of Paradise Lakes owner, Harold Helm, did show up after the demolition had finished.