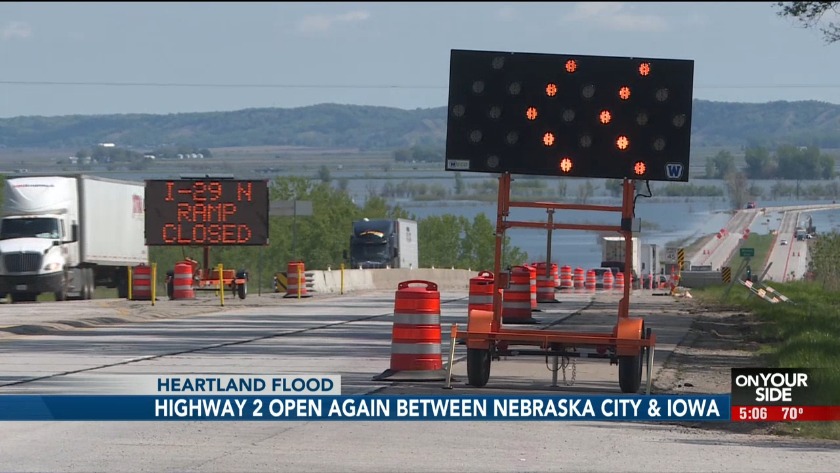 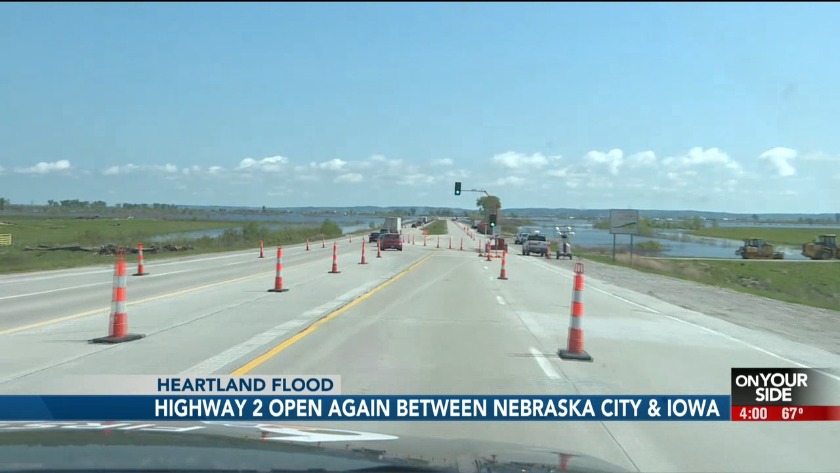 The road was closed for two months due to flooding and can now move traffic slowly through the area with only one lane open.

There are major delays as dozens of trucks and cars wait their turn to cross over the bridge, and officials had to use gravel to reopen a flooded stretch of the road.

"The water is still going over Highway 2. To fix it, they have put down rock. As I understand the science about it, the water still goes through the rock beneath you as you're driving over it," city administrator Grayson Path said.

The wait to cross the bridge can last anywhere from 15 minutes to over an hour depending on traffic, but it still reduces the number of miles commuters had to add when the highway was closed.

The business community in Nebraska City is finally getting some relief thanks to the opening.

"It opens up the city for more business from the I-29 direction. A lot of people were bypassing us going straight up to Omaha instead of coming this way through Highway Two, so now they can cut across and hit our gas stations, our restaurants and businesses," Path said.

Crews continue to repair the highway, but there is no timeline for when all of the lanes will be back open.

"Until they get the levees fixed until the water goes down this is going to be the fix we have until then," Path said.

Officials use a pilot car to move traffic over the one lane that is open.