HEARTLAND FLOOD: Bartlett, Iowa, may not be back 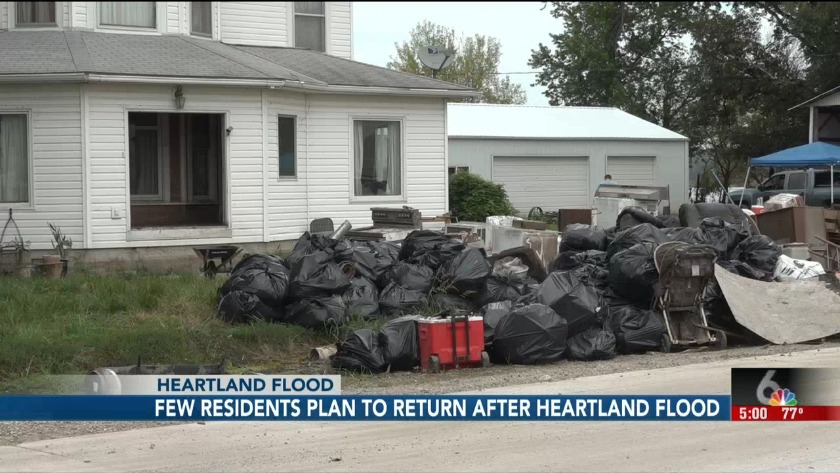 Flooding poised to scrape Bartlett, Iowa off the map 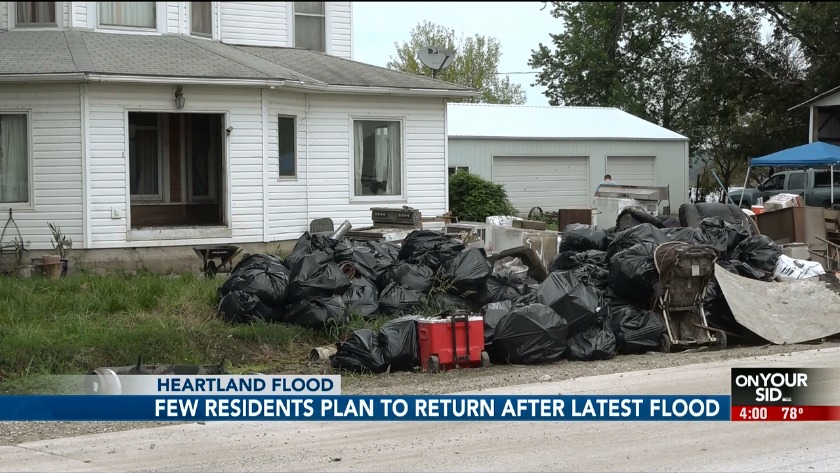 Heartland Flood: Bartlett, Iowa, may not be back

BARTLETT, Iowa (WOWT) -- Bartlett, Iowa has been fighting the flood battle since March and now it appears the town isn’t likely to survive the aftermath of the onslaught.

Homes in Bartlett were under water for weeks on end. Now, the signs of destruction are found all throughout the town of some 50 people.

Some homes are still partially underwater. Others are too far gone to be saved. Locals tell 6 News only a couple of homeowners plan on returning to the town.

Sandra Ware has lived in Bartlett her entire life. She said that she and her husband wrestled with their decision to leave.

“It's really hard,” she said. “It really is. If I was a little bit younger it wouldn't be quite so bad but starting over at this age is not easy. But we've got a house in Tabor now so we're doing okay.”

Fremont County supervisors are weighing options for homeowners in Bartlett and throughout the county.

FEMA buyouts are one option. That would turn the land over to the federal government. Supervisors are also considering a demolition option which would give owners the opportunity to keep their land.

The owner of one home has Bartlett roots going back more than 100 years.

Sally Howery is in the midst of having her home gutted. She wants to stay and carry on the legacy. “This was my husband’s home,” she said. “This is his family's."

Sally's husband passed away shortly after the March flood. She says staying is her only option.

Sandra Ware also goes a long way back with the town. She's 78; her husband is 85. Their home was destroyed and she says their town is gone.