HEARTLAND FLOOD: A half a year deep in the water 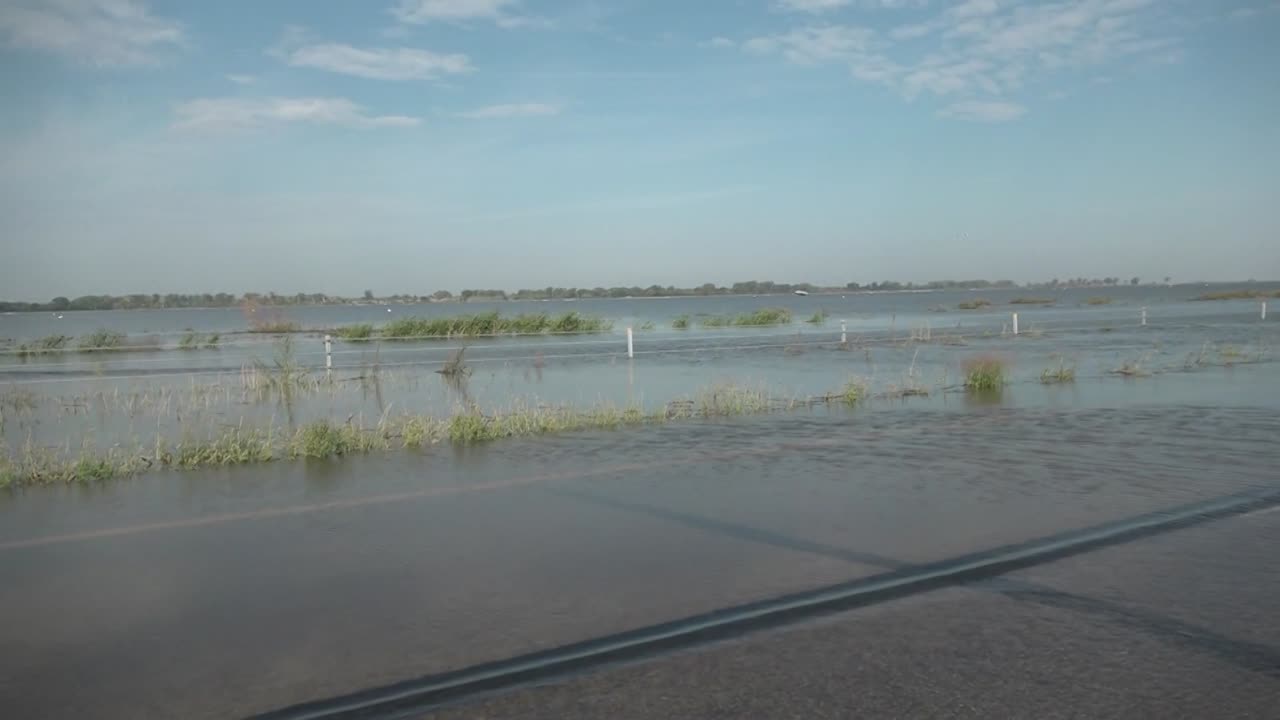 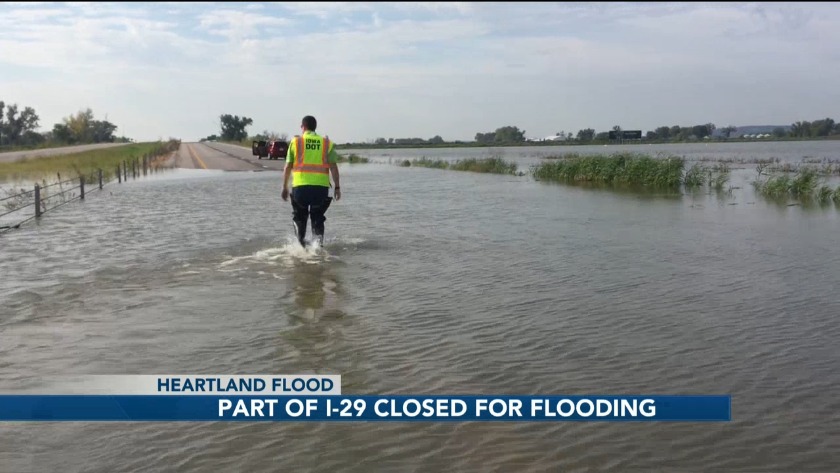 Part of I-29 closed for flooding

Fall is knocking on the door with the same wet fist we heard pounding when spring came to town. A half year down the road from the March floods that road is underwater - again.

Heavy rains have been pouring into swollen rivers and creeks and the serpentine navigation plans are back on the table as roadways are getting shut down by high water.

Interstate 29 is overflow's bull's eye. With a stretch of it shut down from Crescent to Loveland Friday morning, water, debris and even fish were crossing pavement built for the motor vehicles that were being sent elsewhere by the Road Closed signs.

How far the water will reach is unknown but Iowa Department of Transportation crews are keeping a close eye on its travels.

Just north of the Honey Creek exit, I-29 dips and that dip gets dunked when the water rises. The experts knew that would be the first stretch to close. I-680 also loomed as troubled territory.

IDOT Engineer Austin Yates searched for threats Friday. “Our next spot of concern is at this full cloverleaf. Water is getting pretty close. It's on the concrete. It's up to white, right edge line in some places."

The cloverleaf he was talking about was the 29 and 680 interchange at the Crescent exit.

As for what's to come farther south, Yates is hopeful they won't have to make any closures.

With the river expected to rise another 6 inches into Saturday, officials expect the conditions to get worse before they start to get better.

That’s why the Missouri performed to an audience of watchful eyes Friday evening.

The hope was that it wouldn't come to this - floodwaters once again rushing over 29 with the threat of things getting worse. “Everything you're looking at here could go up another 6 inches," Yates said.

There’s a measuring stick to keep track of that. Technically there are two of them measuring the height of pavement-threatening water.

The wayward water crossing 29 on Friday was moving at a brisk clip and that turbulence is where the river purge hides its teeth.

"What we've learned from our March flood and our June flood is the standing water doesn't do the damage,” Yates said. “It's the flowing water. You get your damage on the downstream side."

Concerns reach beyond the interstates. County roads, thousands of farm acres and dozens of homes are also in the water's path. So is Darren West.

We first met West in July when the road leading to his property was still underwater. When 6 News caught up with him last week he was worried about the levees, “and they fixed this levee,” he said, ‘but I'm just hoping it holds.”

It didn’t. Hope and the fix both failed.

Three breaches followed over the past three days along nearby levees. The Missouri is making its way through and it was expected to keep rising into the weekend.

Turns out I-DOT engineer, ⁦@austinwyates⁩ also knows a little about crawfish. There were a bunch of these little creatures crossing flood-stricken I-29. ⁦@WOWT6News⁩ pic.twitter.com/YKiCjMOBcp

These signs are along I-680. ⁦@iowadot⁩ had them made earlier this week. Lots of drivers still getting sent the wrong when following mapping apps. ⁦@WOWT6News⁩ pic.twitter.com/Rpajr5oWto

This is what it looks like traveling south on I-29. We’re on the closed section, which spans 10 miles. Both southbound and northbound lanes. ⁦@WOWT6News⁩ pic.twitter.com/JeezclKvsy

You may recall what’s now been dubbed “the science stick” from yesterday. Now there are two and the water is quickly rising on them. ⁦@WOWT6News⁩ pic.twitter.com/NuIe9bifDJ