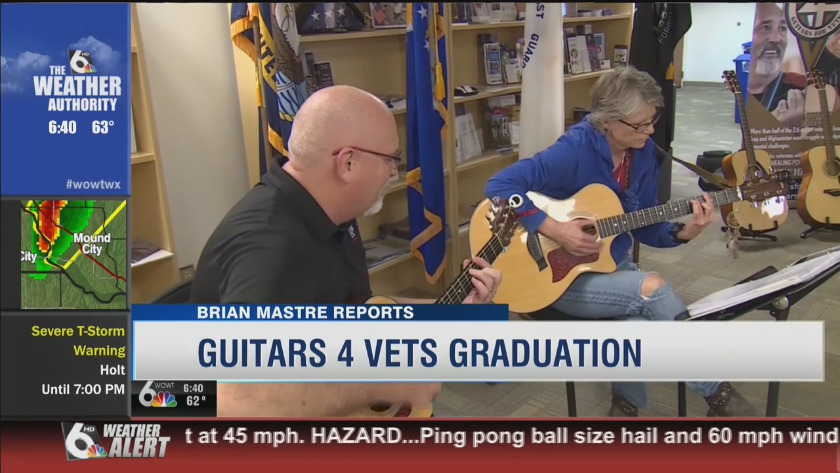 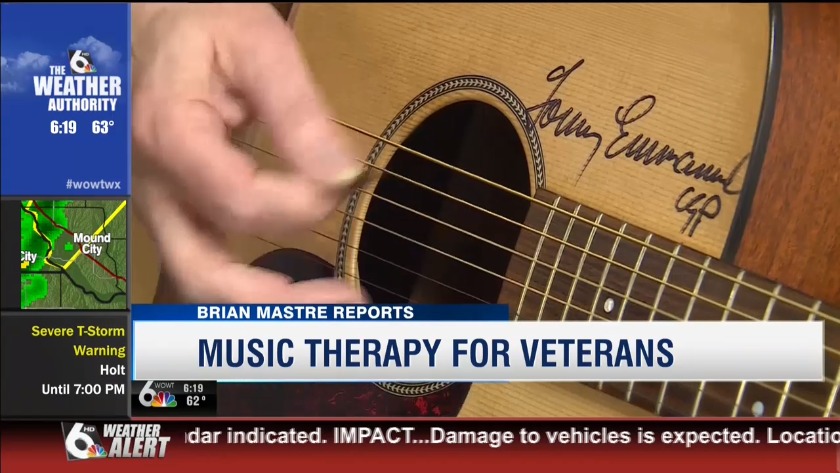 OMAHA, Neb. (WOWT) -- It's estimated that more than a million veterans of Iraq and Afghanistan face mental and physical challenges at home. Across the country many are using a guitar as a way to cope.

Every month a bunch of people get together on the Bellevue University campus to jam.

"My 1st guitar was this little plastic Dukes of Hazzard thing,” Peggy Ullom told 6 News. “I had it for 30-minutes and then I broke it."

"Been playing guitar since I was 12,” Mike said. He's also an Air Force veteran.

Ullom asked him to be a part of a new Nebraska nonprofit.

"The desire to share a passion that I love and with my fellow service members who are struggling with thoughts of killing themselves,” she said.

Think of it this way: The Guitar 4 Vets program is music therapy for those dealing post-traumatic stress.

Joyce Thalmann spent 12 years – active duty – in the Army, through Desert Storm and Desert Shield. For Thalmann, the guitar lessons not only developed her playing – but helped work on her people skills.

"It gave me a release outlet for when my anxiety gets going,” she said. “It helps calm me down."

For Angela Tunali, who spent 20-years in the Army, her guitar is like medicine.

"I can go home where I'm almost having an anxiety attack – and I can just sit and play and get lost in the music for a while. And by the time I'm done, everything has lifted,” Tunali said. “It's been a tremendous help for me.”

The guitar lessons are really more about living.

"Just random thing people will say like, 'I haven't had a drink since I picked up a guitar.' Wow. That changes lives,” Ullom said.

Sometimes the progress is measured better by a spouse.

"At graduation, we talked to his wife and she said, 'I have to tell you, it's amazing. He's more communicative – more compassionate. He's slow to anger. The difference was incredible,” said Mike.

All because of a bond of military service and an old friend the guitar.

"We can't get enough students through. There are 22 veterans committing suicide every day and we are graduating 4 at a time. It doesn't feel like enough,” Ullom said.

A new chapter is opening in Lincoln as well. Thanks to the vets for sharing their personal and powerful stories.

If you'd like to reach out to Guitars 4 Vets, email g4vomaha.ne@gmail.com