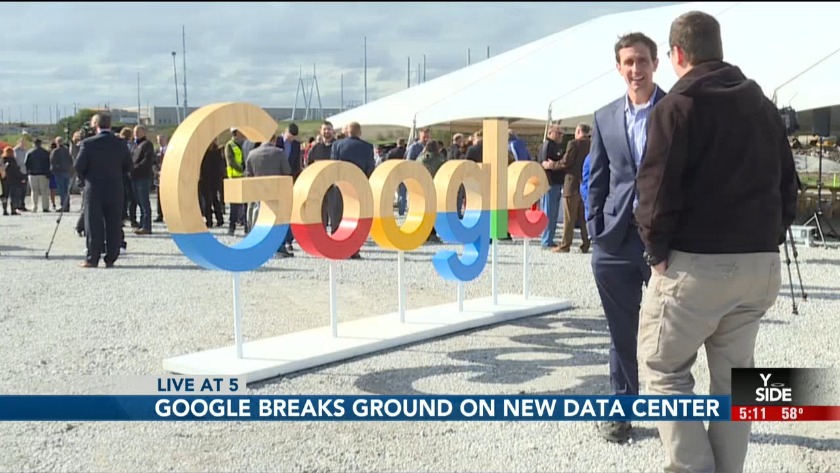 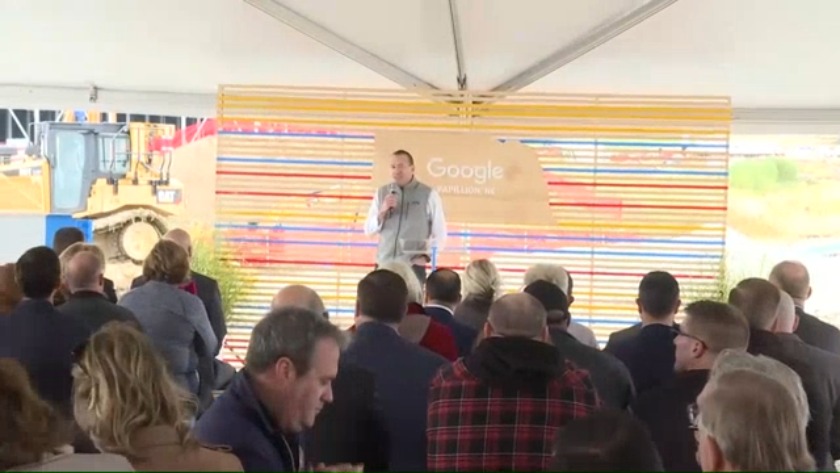 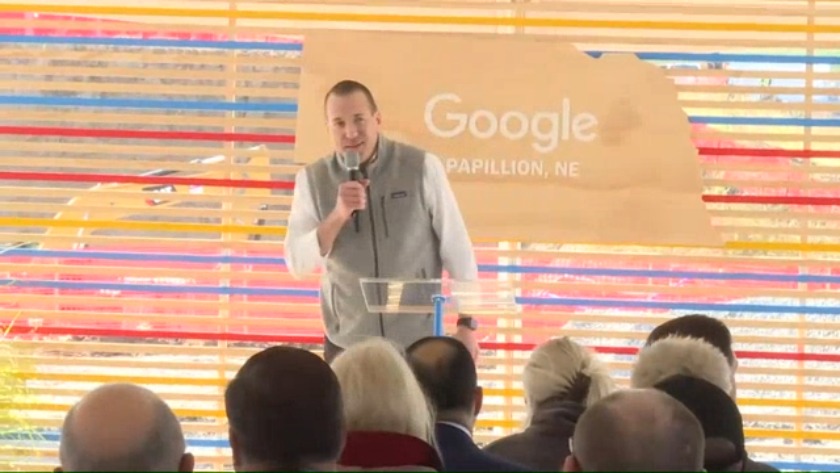 Plans for the Papillion facility in Sarpy County were unmasked in February as part of the company's "$13 billion in investments throughout 2019 in data centers and offices across the U.S., with major expansions in 14 states."

Speakers at the Friday ceremony took turns calling this development the result of teamwork.

Governor Pete Ricketts said, "This does not happen because of one person or one group."

Speaking on behalf of several organizations, OPPD President and CEO Tim Burke said, "A project like this is about partnership."

Rep. Don Bacon put out the Welcome Mat for the company - a welcome, "to Silicone Prairie." He added, "We are proud to have you."

The data center will be built on a 275-acre site on the west side of Papillion. Data centers for Facebook and Travelers Insurance will be among its future neighbors.

Harbeke pointed out the company's Iowa facilities saying Google is no stranger to the neighborhood.

"These data centers are really the engines of the Internet," he said.

The latest engine should fire-up in Sarpy County over the next 18 to 24 months as the new operation is built. Officials have said it will employ at least 30 people.

"We want to be deeply engaged in every one of those communities and one example of that today is a gift of $100,000 to the Springfield Platteview Community Schools for STEM and computer science education," said Harbeke.

"It's going to be huge to buy a lot of the different equipment that we need, 3D printing for an emerging technology class that we are hoping to start offering and incentives like that," said Ortiz.

Brett Richards, the superintendent, hopes this will attract more students to the school.

"Being a smaller high school we cant usually offer as many curriculum and courses as some of the bigger high school may be able to so they're going to be able to come in and really enhance some of our engineering and robotics programs," said Richards.

Not only will the State of Nebraska and the City of Papillion benefit, but the students will too.

"Because that's what's going to fast track our nation with math and science and just doing a good job on all the technology initiatives coming through. So, if we can get students excited now about the education then they'll take those classes in college and we'll start seeing some advancement in those areas," said Richards.