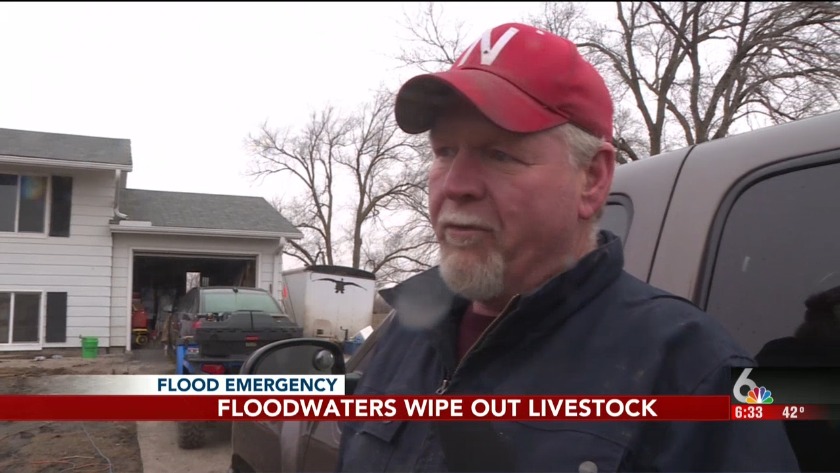 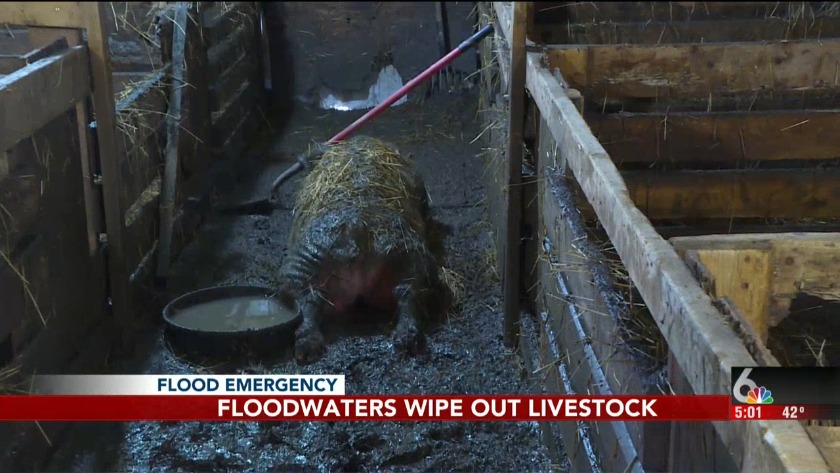 Eric Alberts surveys his barn full of dead pigs on Tuesday, Feb. 19, 2019, after flooding drowned the animals. Fremont farmers lost hundreds of livestock in the flood.

Highway 275 opened to traffic, but Highway 30 between Fremont and Arlington was washed out by the water. Officials have no idea how long it will take to repair.

Homes and farm fields were also damaged in the area. One Fremont area livestock producer lost hundreds of pigs when water rushed over his property.

Eric Alberts was trying to move some of his livestock when the water began to rise.

"Within 30 minutes we had over two feet of water come through the front barn and just swells were coming and we barely made it out of here before we just had to leave," he said.

While trying to save his own life, Alberts was not able to save all the lives of his animals.

"We lost roughly 700 head of hogs, so it's been a little devastating. But the worst is yet to come. We got to clean it up," he said.

Many people in the Fremont area have a big mess to clean up. Tyson Warm said he is counting his blessings.

"My house stands up pretty high. It just rushed in from the back and had about three-and-a-half feet is all," he said.

Warm won't have to clean up alone. A lot of his friends stepped in to help, even though Highway 30 - which runs in front of his home - is out of commission. The 10-minute trip from Arlington became a whole lot longer.

"We came up 30 and we had to take the route through Hooper. It's about the only route available to come in here. About a 50 mile journey," Arlington resident Brandon Wollberg said.

Dodge County Emergency Management officials said hundreds of people have been moving in and out of three shelters set up in Fremont.