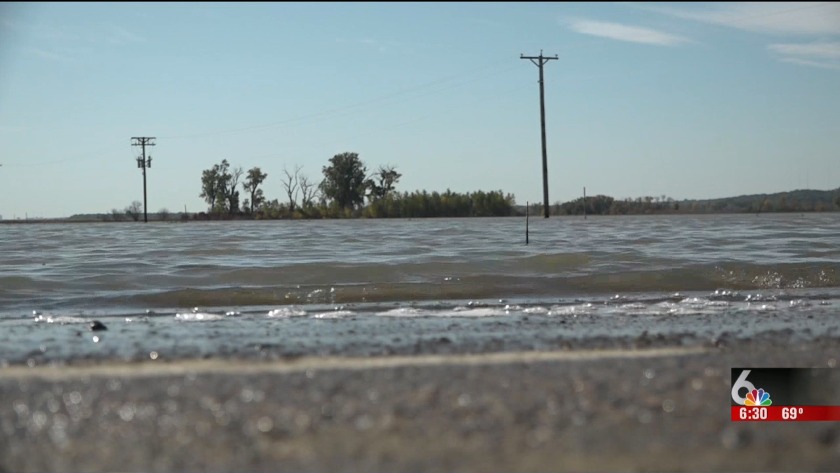 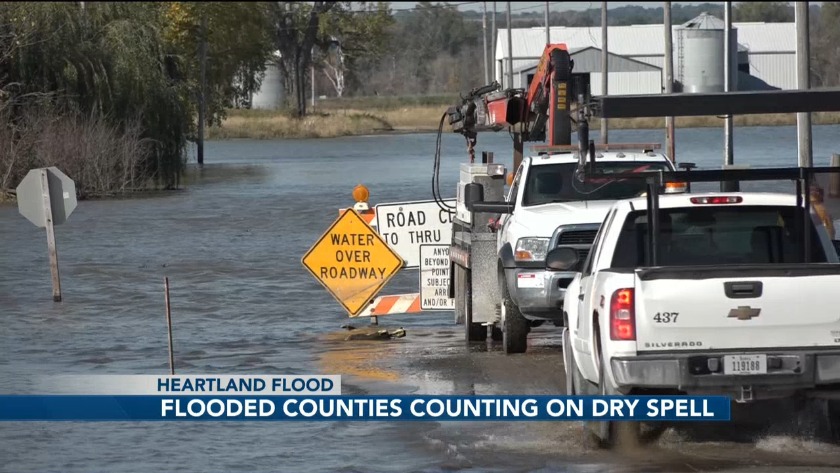 OMAHA, Neb. (WOWT) A desperately needed dry stretch of weather is likely on its way,
spelling some relief for areas hit hard by a third round of flooding in September.

“It's definitely hard to believe we're in October and we're just now facing the possibility of our first five day stretch of dry weather for the year,” said Doug Reed, Emergency Management Director for Pottawattamie County.

At this point, officials are not sure how much damage has been done to the roads or the levees.

“So much of it is so completely underwater still that we really just need to get out there to check,” said Reed.

They're hoping this dry spell helps drop the river level enough to get a look, at least by drone, of some levees.

“We know we have some new damages and some areas that were previously repaired that took a hit during the September round of flooding,” said Reed. “So we're just hoping to get out to as many areas as we can to get that figured out."

Darren West is glad the weather is drying up but it may be too little too late. His family has been cut off from their home since March, and now he's considering a buyout.

“It's not what we want to do, but we don't know what we're going to see once that road comes back up, and again it's going to high for the spring, so I don't know if we're going to move back in possibly, hopefully and then have to move right back out,” said West.

Reed said once again they’re at the mercy of the weather, keeping a close eye on the forecast.

“We're hopeful mother nature doesn't throw us another curveball and disrupts that a little bit because we need it to go down as quickly as we can make it, so we can get things identified and get moving forward.”