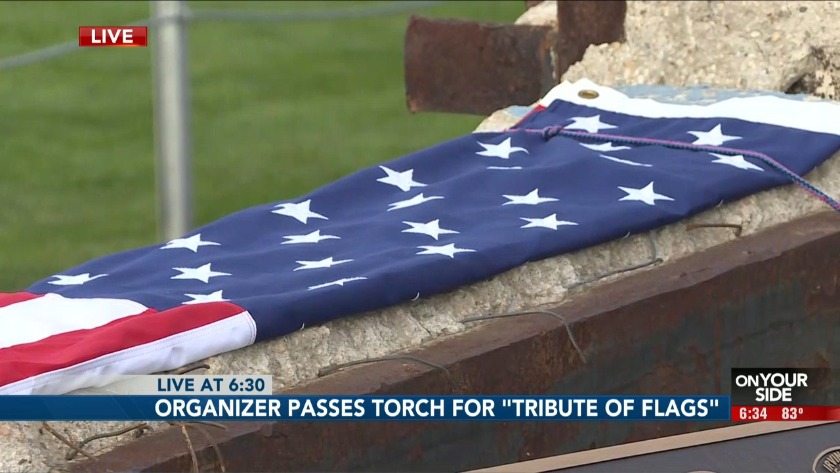 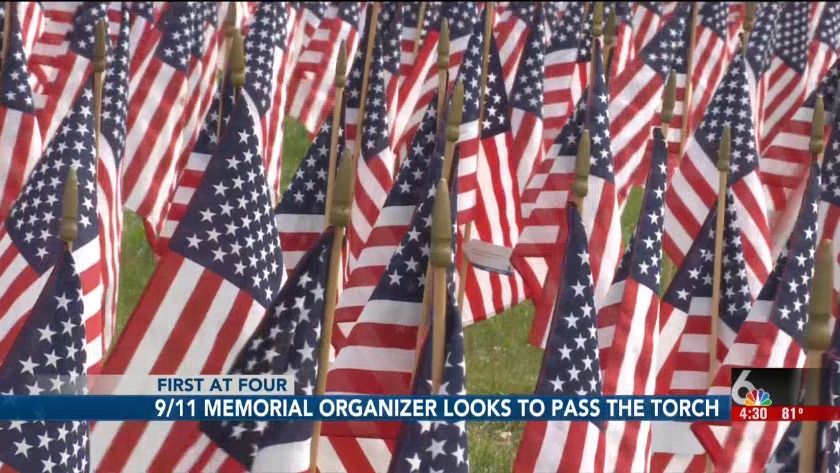 OMAHA, Neb. (WOWT) -- With September 11th just two days away, more than 3,000 American Flags once again wave in Memorial Park – a remembrance of those lost and a testament to the bonds that unite our country.

The passion project for one of the organizers goes beyond being a visual reminder of lives taken on that dark day 18 years ago.

For the 15th straight year, the Memorial Park flags wave in salute to the fallen - each one personalized: name; age; title; where they were on September 11, 2001.

The founder of the Omaha project, Lynn Castrianno, lost her brother that day. He was in the second tower, 105 floors up. He never got out.

Castrianno said, "The original intent was to not only remember but remember my brother in some sort of a public way. It was a project born out of grief. It was cathartic because I was doing something to keep his memory alive as well as everyone else's."

Lynn Castrianno is passing the baton for the project. Someone else is now in charge. "I had a hard time giving it up," Lynn said. The Rotary Club of Downtown Omaha will be taking over next.

Stepping away from a passion project isn't easy. When it's living history - it's even harder.

“To be honest, all the days leading up to it, I feel like I'm holding my breath. And then on the 12th, I can exhale."

Lynn’s brother was one of nearly 3,000 victims that day. “We've never heard any word on DNA that was found of my brother's."

She attached a personal note to her brother’s flag in Memorial Park this year. “One of the things I've wanted to do for years but never had the emotional energy to do. This year, I do. Explains what our brother meant - the special times I remember him every year."

On Wednesday, she'll reflect along with rest of us. And then there's the snack.

The Tribute of Flags will be on display at Memorial Park through this Sunday.