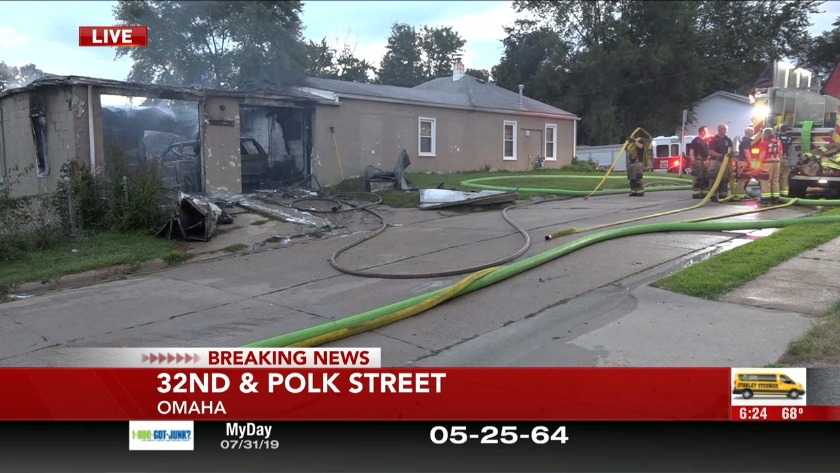 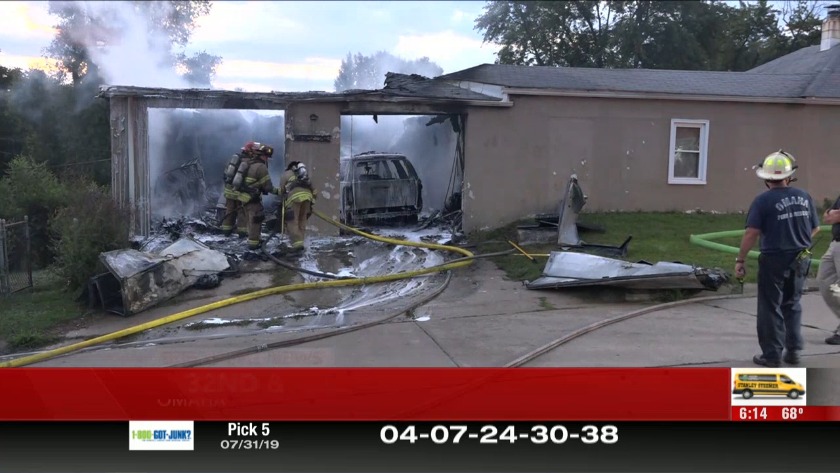 OMAHA, Neb. (WOWT) -- Authorities are investigating the cause of a fire that damaged a home near 32 and Polk streets Thursday morning.

The blaze was reported around 5:30 a.m. Occupants of the home made it safely out.

Investigators said the fire started in the garage which was fully engulfed in flames as firefighters arrived.

The flames then spread to the house. Most of the damage there was due to smoke.

Investigators said the home is livable but four adults were temporarily displaced.

Resident hurt in apartment fire arrested on suspicion of arson

Resident hurt in apartment fire arrested on suspicion of arson