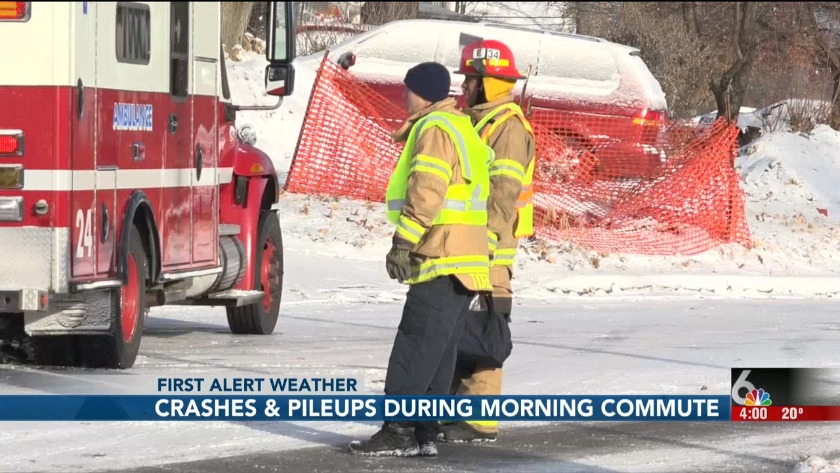 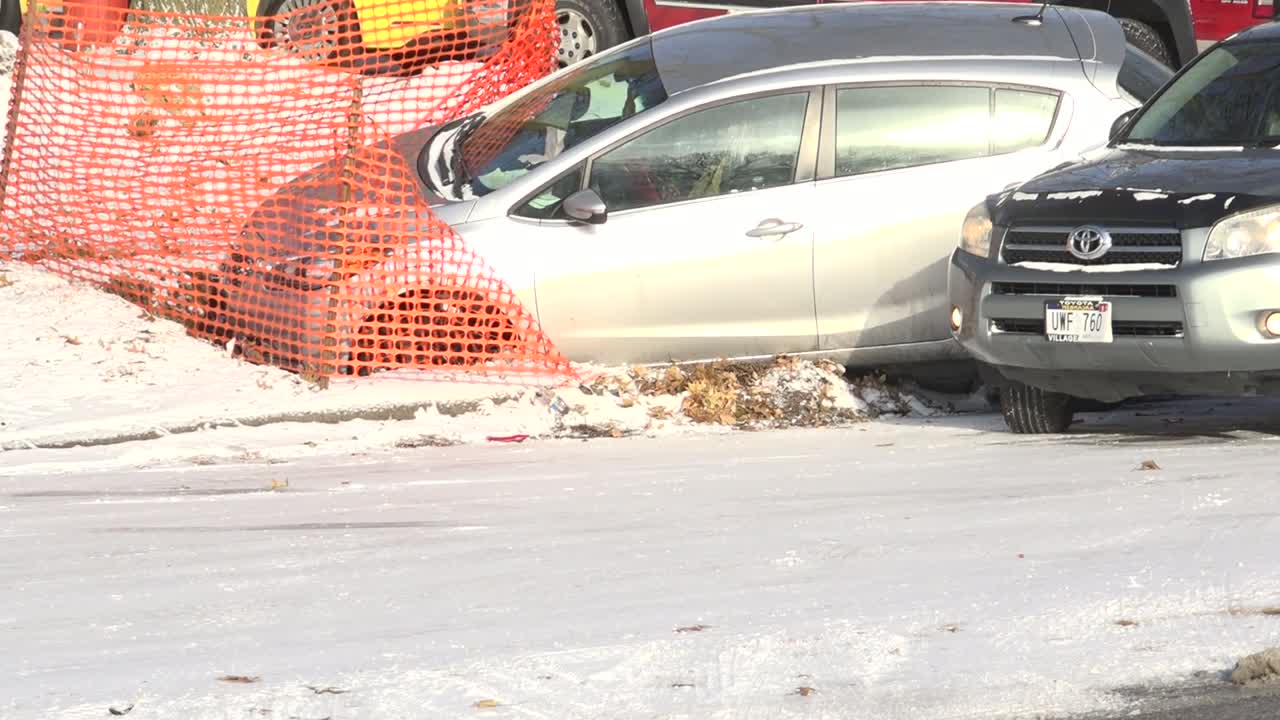 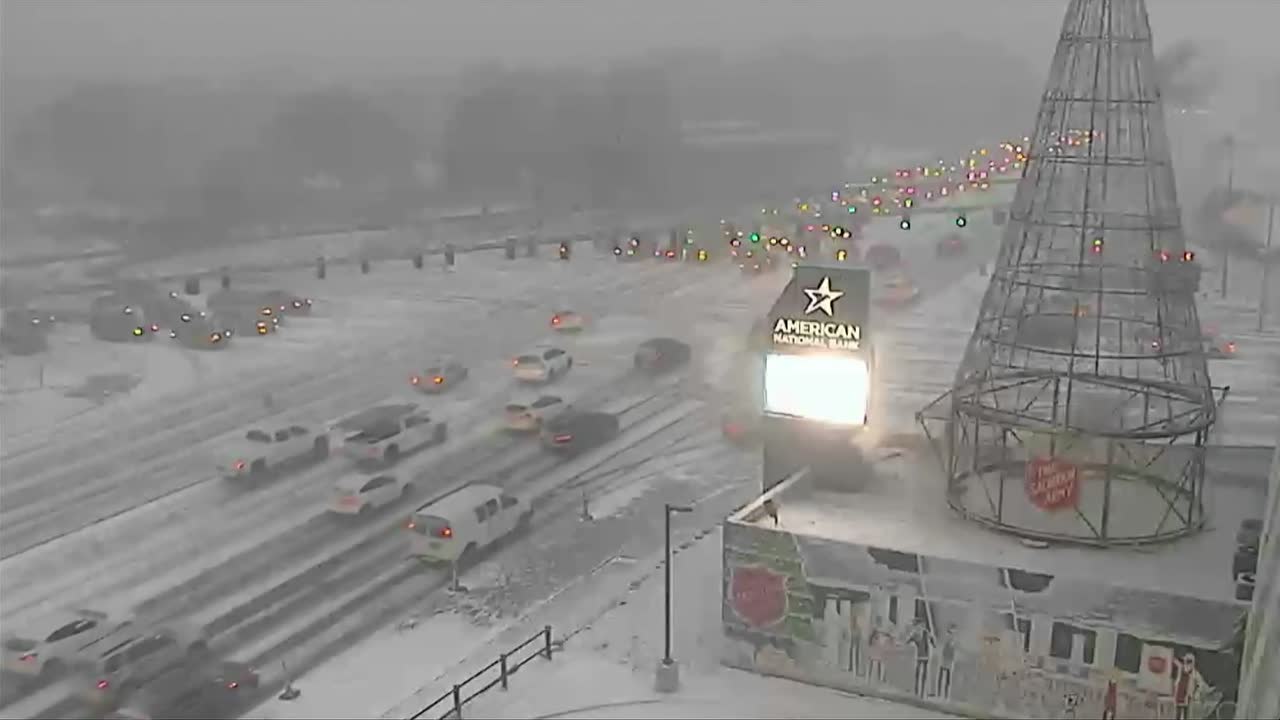 Snow at 90th and Dodge 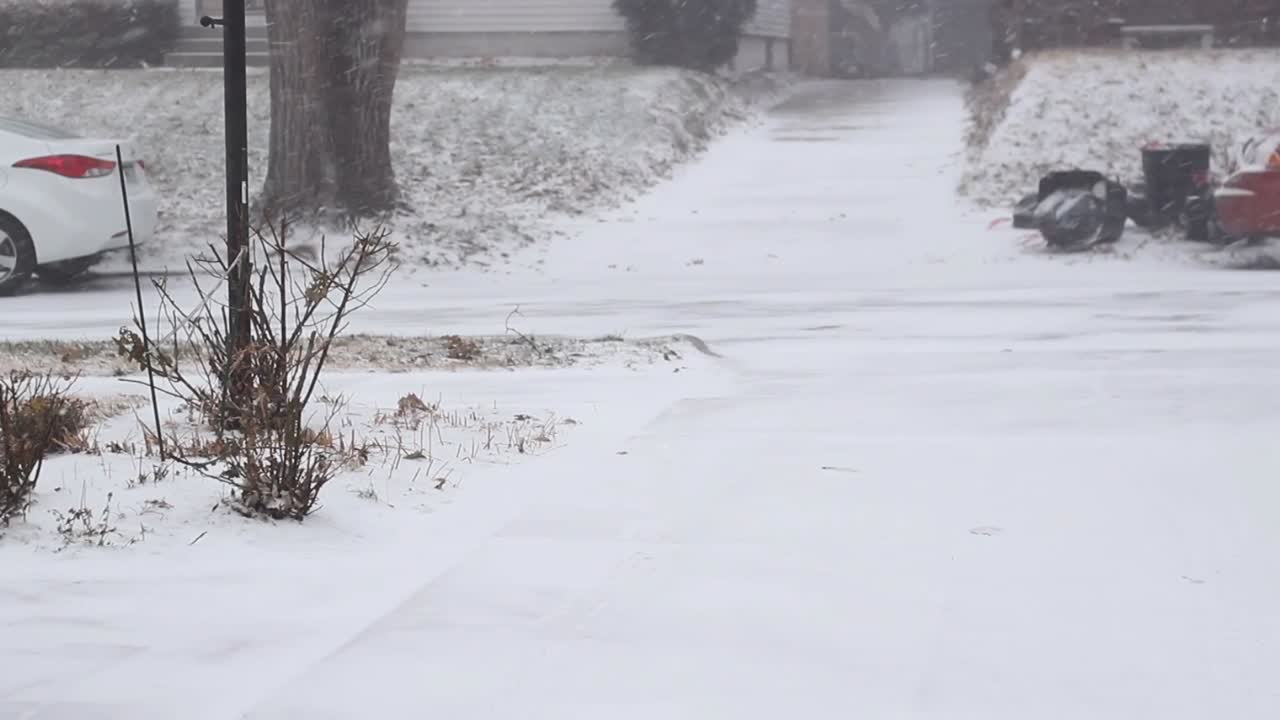 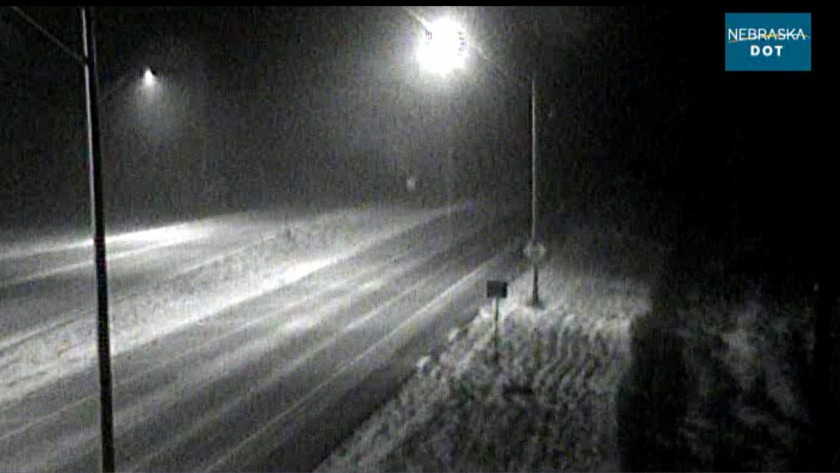 OMAHA, Neb. (WOWT) -- Wintry weather made a mess of the Heartland on Monday morning. A two-hour window of snow put the brakes on morning commutes across the Omaha-metro area as well as in Lincoln.

A seven-vehicle accident at 42nd and Dodge was one of several crashes Monday morning, Dec. 9, 2019.

Omaha Police went on accident alert. Motorists involved in minor property-damage accidents were advised to exchange information as officers worked to stay ahead of the morning slide show on the streets.

A seven-vehicle accident at 42nd and Dodge was one of several crashes on slippery pavement that was polished by winds gusting to 50 miles-per-hour across parts of eastern Nebraska.

Dash-cams from Nebraska's plow team showed snow falling to our west before dawn Monday. The snow appeared on the eastern border of the state a short time later where the sunrise would otherwise have been.

The National Weather Service warned of limited visibility around Nebraska with wind gusts topping out at 48 miles-per-hour at Omaha's Eppley Airfield.

The snow had finished falling in Omaha by 10 a.m., but the winds continued to pose the threat of snow-covered roads and wind chills added to the cold December grip.

The narrow and rapidly moving band of snow that tortured the morning drive to work gave way to sunshine but temperatures are going nowhere so if you are heading somewhere anytime today, bundle up. Temps won't make it out of the lower 20s and wind chills will make the "feels like" temperature seem like single digits.

Accident Alert now in effect. Police are not responding to non-injury crashes. If no one is hurt: move to a safe location and exchange info. @WOWT6News #FirstAlertTraffic pic.twitter.com/nkBYNaPJdt