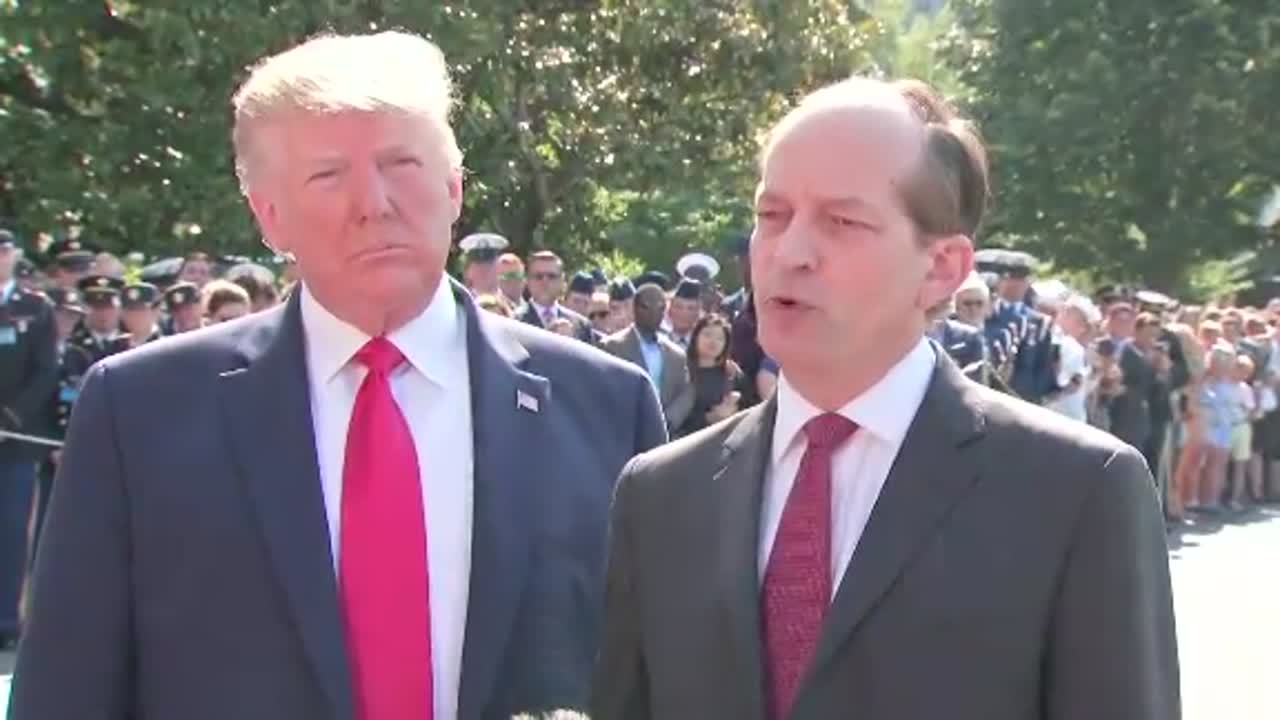 Alex Acosta on his resignation 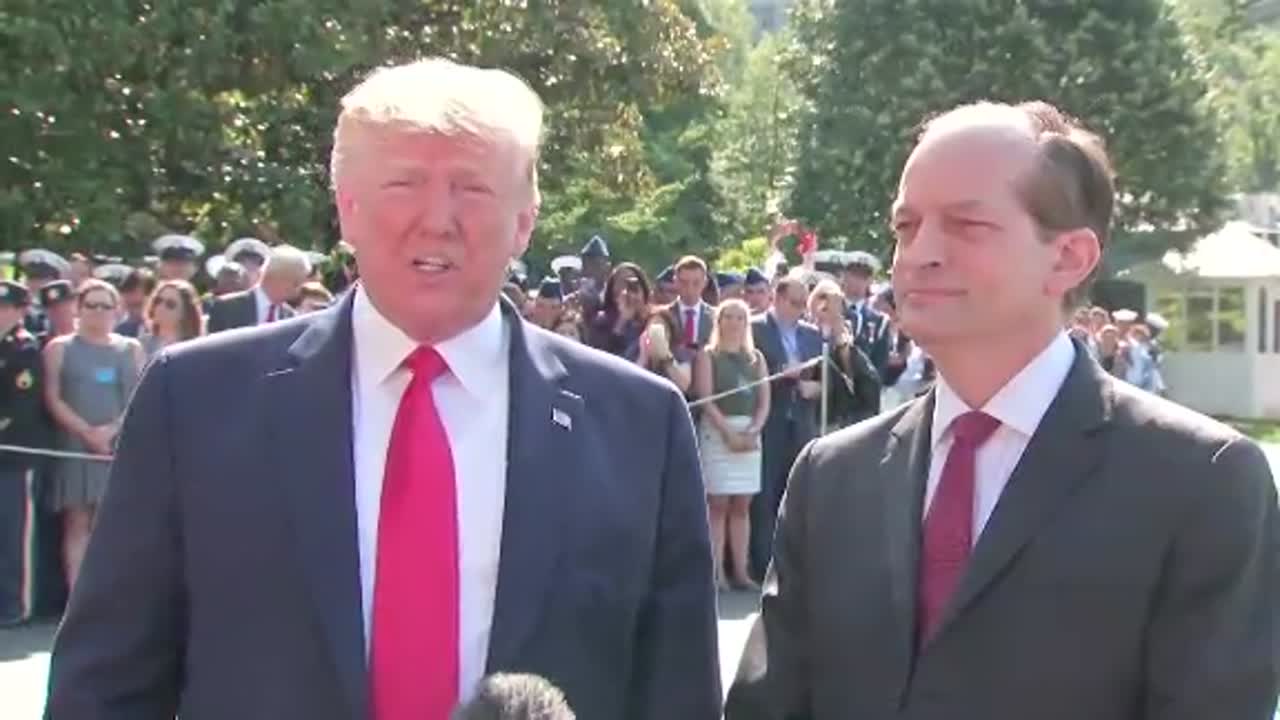 WASHINGTON, D.C. -- President Donald Trump says Labor Secretary Alexander Acosta is stepping down following criticism of his handling of a plea deal with a wealthy financier Jeffrey Epstein, who is accused of sexually abusing dozens of underage girls.

Trump announced the news with Acosta by his side at the White House as Trump left on a trip to the Midwest.

Acosta says stepping aside was the right decision.

He was the U.S. attorney in Miami when he oversaw a 2008 nonprosecution agreement with Epstein. Epstein avoided federal charges and served 13 months in jail.

Similar charges recently filed against Epstein by federal prosecutors in New York had put Acosta's role in the 2008 deal under renewed scrutiny.

Acosta said Friday that the Epstein incident has detracted from where the focus should be. He said "We have an amazing economy," and great employment numbers. He said that's where the focus needs to be, "not on this matter."