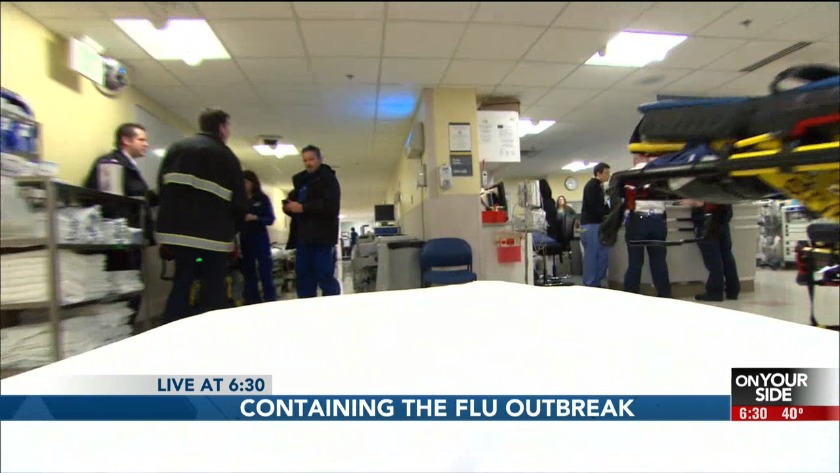 How to contain flu exposure during the holidays 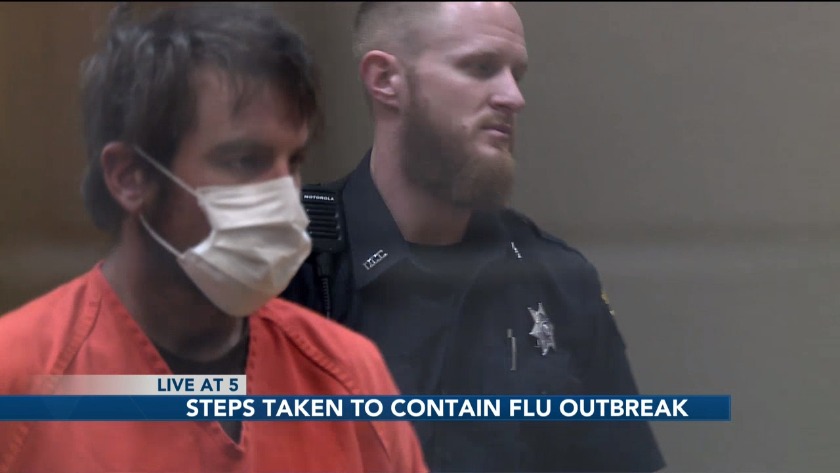 OMAHA, Neb. (WOWT) -- As the Douglas County Health Department reports its highest number of flu cases ever recorded in a week, steps are being taken to limit the spread in places where people have no choice than to be around those who may be sick.

The Douglas County Jail has been dealing with the flu bug for the last 10 days; two housing units have been quarantined. (WOWT)

The Douglas County Jail has been dealing with the flu bug for the last 10 days; two housing units have been quarantined.

When there are nearly 1,800 people sharing the same space — 1,300 inmates plus 500 staff and contractors — it takes a plan and precision to keep the flu from spreading.

“I think I'm going to do what Judge Marcuzzo did the other day, so we minimize the contact with those in custody with the staff because of the flu,” Douglas County Judge Craig McDermott said. “Let's do the paperwork over there, and bring it back if we can. I'd appreciate that.”

While health experts recommend we avoid large crowds, that's not really an option at the Douglas County Jail. Staff are doing what they can to limit exposure, and many inmates are given masks.

Assuming there are no new flu cases, three of the units on quarantine status will come off of that Tuesday and Wednesday.

Corrections staff are working closely with the county health department for best-practices including taking the temperature of all new inmates and then fast-tracking them through the system to limit the exposure with staff.

“So we minimize the contact with those in custody because of the flu,” Magistro said.

For jail court, usually, everyone is brought in to see the judge at the same time. On this day, inmates are separated into smaller groups for a bond setting — and each individual is given a mask to wear to keep from either spreading or being infected with the flu.

So far, doctors have confirmed 26 cases of influenza spread across 10 housing units, but the flu has no boundaries.

“This is a funny year,” physician’s assistant Carmen Magistro said. “It's been the most aggressive one I've seen.”

The flu is also creating challenges for those in long-term care.

On this Christmas Eve, Urgent Care Omaha near Crossroads is seeing patients worried the holiday will be ruined by the flu, and the concern from health officials is that the situation may get worse before it gets better.

“It's disheartening because some people don’t look sick but are very contagious,” Magistro said. “It’s a bad time to get the flu because everyone is flying. It and gets contagious, and then — oooh boy!”

Medical experts advise getting a flu shot. And if you do get a different strain of influenza, it should be a less severe case.

“I've had a couple positives today, and Christmas is tomorrow,” Magistro said.

At Urgent Care Omaha, there's been a steady stream of new patients on this Christmas Eve.

“Most people complain of a sore throat, cough, body ache, and ‘I got hit by a truck.’ That's the classic symptom,” she said.

While our area is seeing historic numbers of flu cases, many health experts worry that with all the traveling going on in the next couple of weeks, the rest of the country will soon be in catch-up mode.

Sadly, there is no magic fix if you get it.

“Most of it is just stay home,” Magistro said. “Chicken soup. Tylenol. Get rest, and stay hydrated, and it should pass. But the high-risk groups — young children and those older than 65 — need to know when to go to the hospital.”

That's because dehydration and pneumonia are possible for those high-risk groups.