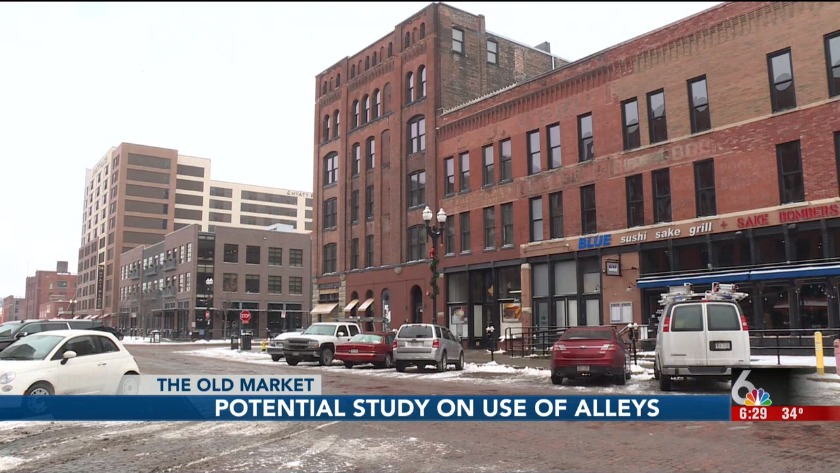 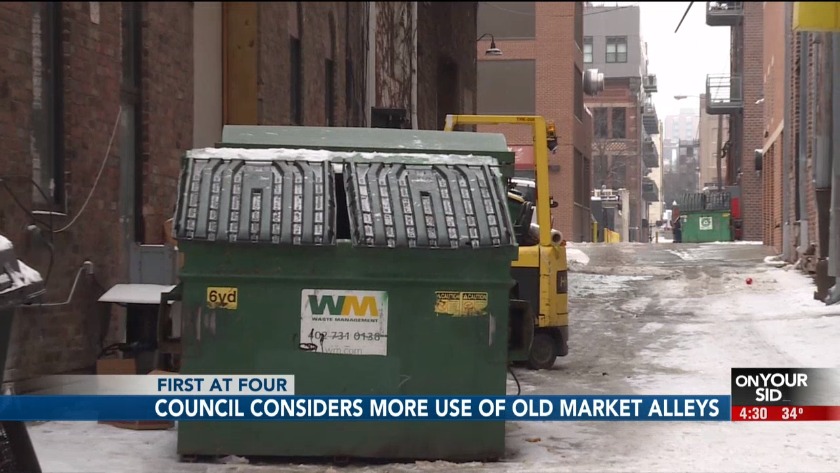 OMAHA, Neb. (WOWT)-- Downtown organizers are hoping the Omaha City Council will approve more than $70,000, to study how to make improvements to alleys in the old market.

More than $12 million has been awarded by the Omaha Downtown Improvement District Foundation to make alleys safer in the Old Market. (Lileana Pearson / WOWT)

The plan is to make the alleys more inviting to pedestrians and even make space in some alleys for entertainment.

The plans begin with all of the businesses in the Old Market working together for a common cause.

That common cause is garbage, getting everyone together to consolidate dumpsters and pick up schedules. Right now every business has a dumpster in their alley.

“We’re trying to figure out how we can get everybody onto one contract so we can consolidate these dumpsters, open up these alleys, we can create access both for pedestrians, trucks, emergency vehicles, all that kind of thing,” said Holly Barrett with the Omaha Downtown Improvement District.

Getting the dumpsters consolidated or covered up is a big first step after that organizers want to make changes and make the alleys more inviting, and hopefully attract more people to space.

“Some of these alleys are just going to be event spaces where the business that is along the area and the residents along the area can use them for social gatherings, pop up concerts, art galleries that kind of thing,” said Barrett.

Right now there’s a lot of work to do in the Old Market alleys. Some pedestrians say walking through the maze of dumpsters and can be kind of scary even in the daytime.

“At night it’s even worse because in a lot of these alleys out here we’re seeing really poor lighting very sporadic lighting and that in itself and even if there’s noting scary happening that makes it feel scary,” said Barrett.

Organizers are hoping a clean, well lit, the well-organized alley will be good for the residents here and for people who visit the Old Market.

Downtown organizers also plan to share their findings with other city business districts like Benson and the Blackstone area.

The City Council will vote on the resolution to grant the money for the study at tomorrow’s meeting.

OPD's new chief pilot has his sights set on the future

OPD's new chief pilot has his sights set on the future