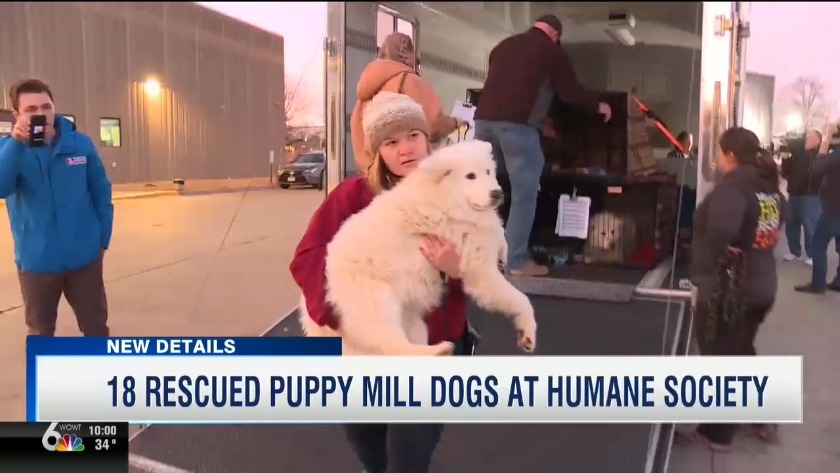 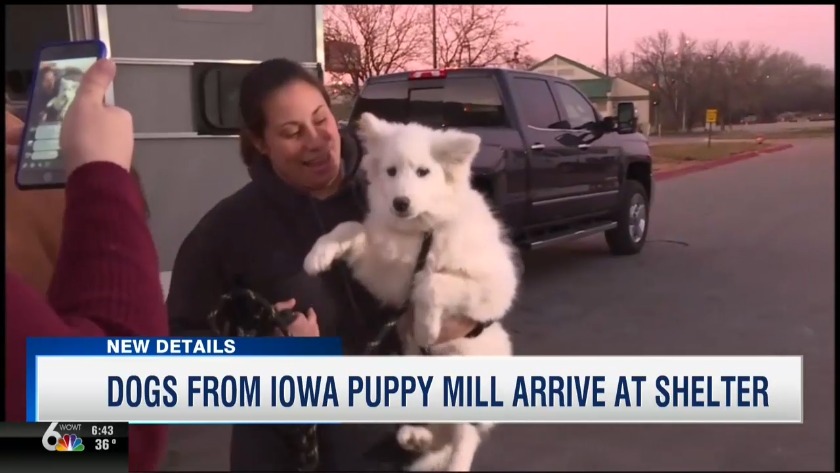 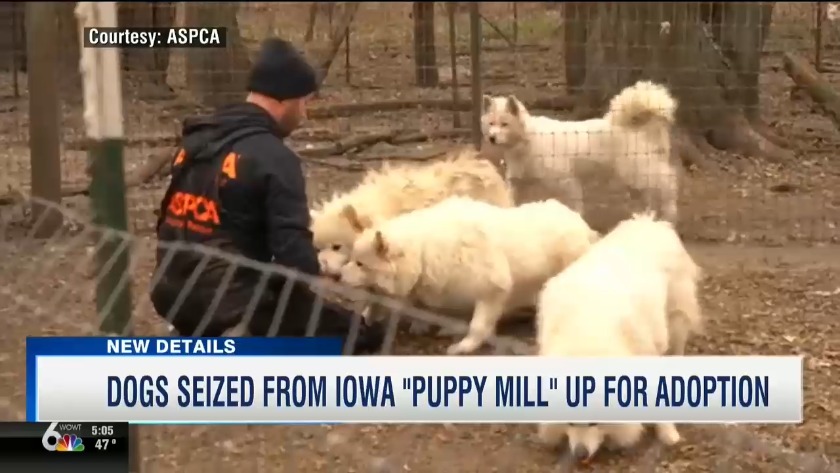 Dogs from puppy mill up for adoption

OMAHA, Neb. (WOWT) - Some of the nearly 170 dogs seized from a puppy mill in Northern Iowa last week will soon be up for adoption in Omaha.

The dogs are all Samoyeds, white dogs which officials described as fearful and under-socialized.

The ASPCA conducted an investigation at the puppy mill last week after a search warrant was issued. It found hundreds of dogs, mainly Samoyeds, living in overcrowded conditions.

The dogs were all kept in kennels that provided little shelter from the elements and reportedly had no access to clean water.

“They have been through a lot. They’re probably under-socialized," Nebraska Humane Society president and CEO Nancy Hintz said.

Ten of the dogs arrived at the Nebraska Humane Society Tuesday evening. The shelter has a total of 18 of the Samoyeds in total.

"We're really proud. We've partnered with the ASPCA for years, and so we're so glad they were able to reach out to us and that we were in a position to be able to take in some of their animals," Hintz said.

The dogs will get the night to relax then shelter staff will assess their health and temperament to get them ready for adoption.

“We have them in kennels in their own area. There’s no other animals there. They just need a calm, quiet space to relax and kind of de-stress from their day," Hintz said. “We need to look at their health first, making sure that they’re physically healthy, and then we look at their emotional needs for their well-being.”

The humane society also said it is in need of monetary donations at the moment to help pay for the medical care the dogs will need. Monetary donations can be made in person or online on their website.

Animal neglect charges are pending against the owner of the puppy mill.