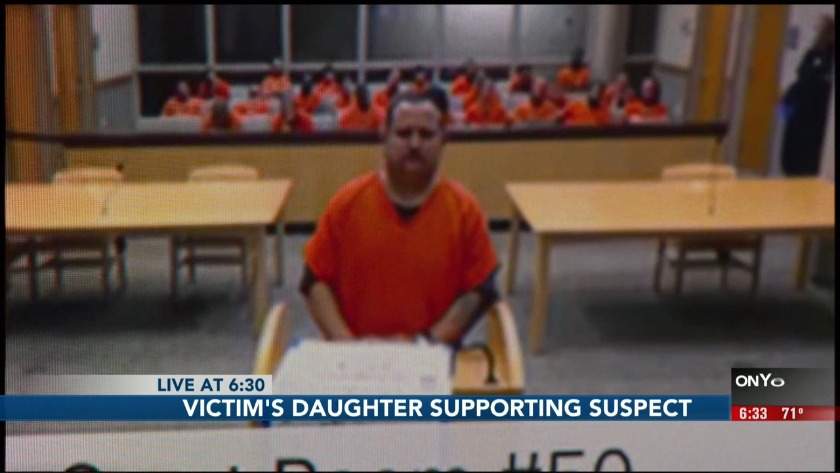 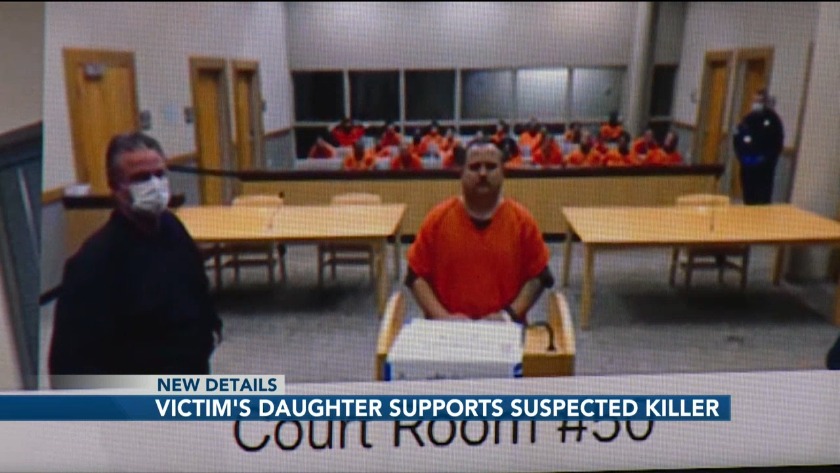 OMAHA, Neb. (WOWT) -- Attorneys for an Omaha man accused of killing a sex offender believe a jury will take his side.

Suspect James Fairbanks is receiving support from strangers, other inmates, and even the alleged victim's daughter.

The ruling from a judge this afternoon was no bond for Fairbanks, 43.

The Douglas County Deputy Attorney said it was anger that drove Fairbanks to kill a sex offender -- and his team worried Fairbanks would do it again if he got out.

Fairbanks’ defense attorney Steve Lefler said that when Fairbanks walked into a room Thursday at the jail -- he received a standing ovation -- an indication of where sex offenders rank in prison.

“Our citizens usually hate someone accused of first-degree murder. That’s what makes this an unusual case,” Lefler said.

Fairbanks’ attorney believes a jury will see a case that's more than black and white, and that a jury of his peers will side with him.

The state calls it a case of cold-blooded murder.

These are the facts of the case -- Condoluci was convicted and served time for sexually assaulting a 13-year-old girl in Bellevue more than a decade ago.

Condoluci was found shot to death in his Omaha home Saturday night.

A couple days later -- 6 News received an anonymous letter confessing to the crime.

Family confirmed that Fairbanks told them he was the author. On May 18 law enforcement tracked down Fairbanks in Butler County.

The letter stated Fairbanks had noticed Condoluci watching kids play in the street while pretending to wash his truck.

It went on to say that after Fairbanks researched the Condoluci’s background, Fairbanks found him to be twice convicted of sexually assaulting children -- and said Condoluci had to be stopped.

Beadle is sympathetic to child victims -- but questions the basis of vigilante justice -- and said she was not aware of Condoluci being under investigation.

"The evidence I know of, he was making efforts to change his life and do right," Beadle said about Condoluci.

More than a thousand people have joined a Facebook page with the goal of freeing Fairbanks.

“He’s hurt so many people, it’s only a matter of time before someone did it,” she said. “He was still finding ways to have contact with children. I’m here for the Fairbanks family.”

Henry told 6 News as soon as she turned 19 years old she couldn’t wait to get out of the house and never look back.

"I've been through so much hurt and pain. There are many times I wanted to do it myself, but I didn't want to give up my freedom," Henry said.

When Fairbanks was brought to Douglas County Corrections Tuesday morning he had already accumulated $1,200 deposited into his inmate account -- much of it from strangers.

Lefler said at least 10 inmates stood up and applauded support for Fairbanks when he walked into the jail's medical unit Thursday.

"While he doesn't want to be in jail, it's obviously gratifying. That's incredibly rare. I've been doing this for 44 years and I've never seen anything like that before," Lefler said.

The alleged victim’s daughter Amanda Henry came to court to see Fairbanks go before a judge -- not to support her father but the man accused of killing him.

Third arrest made in Omaha shooting that injured 6-year-old

Omaha barbershop struck by vandals three times in one month

Third arrest made in Omaha shooting that injured 6-year-old

Omaha barbershop struck by vandals three times in one month