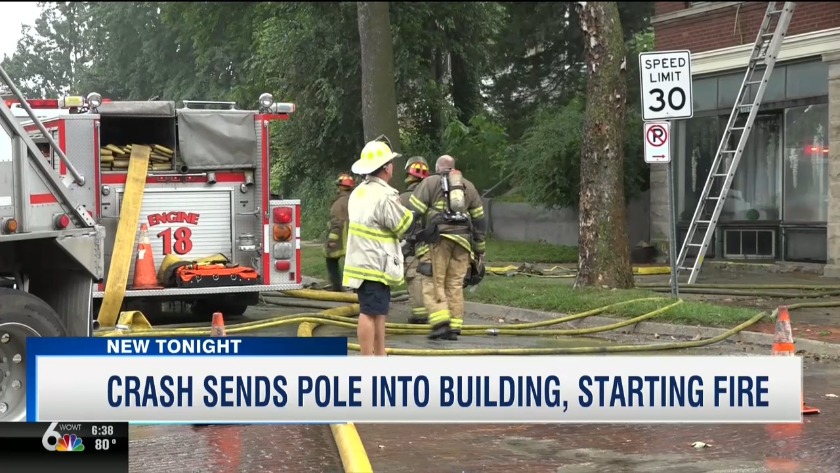 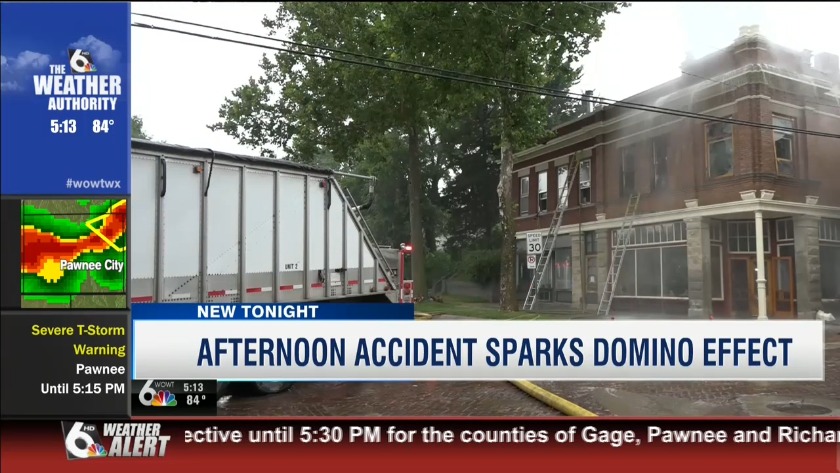 OMAHA, Neb. (WOWT) -- Officials said a power line struck by a semi Friday ignited a building fire near 16th and B Streets.

Firefighters were called to 3704 S 16th just before noon for a reported building fire. Crews found smoke and flames on arrival.

Officials on scene said a semi crashed into a power pole near the intersection. A high voltage line landed onto the two-story brick building and ignited the fire.

James Krance said he was eating lunch and watching TV when he saw the truck hit the pole.

"I heard a thump and then all of a sudden my television went off. The light in my aquarium went off. Shortly thereafter, I could see sparks coming out of my living room ceiling," recounted Krance.

He tried to take matters into his own hands.

He said the fire is a game changer for him. The building has been his home for 30 years.

"Everything that was metal in relation to the building was catching on fire or was charged or energized. We also had a ladder that was leaning against the building that's probably still leaning up there that it was smoking," said fire Battalion Chief Zach Ryan.

OPPD crews were called to the scene to cut off power to the line.

It took firefighters nearly 50 minutes to get the blaze under control.