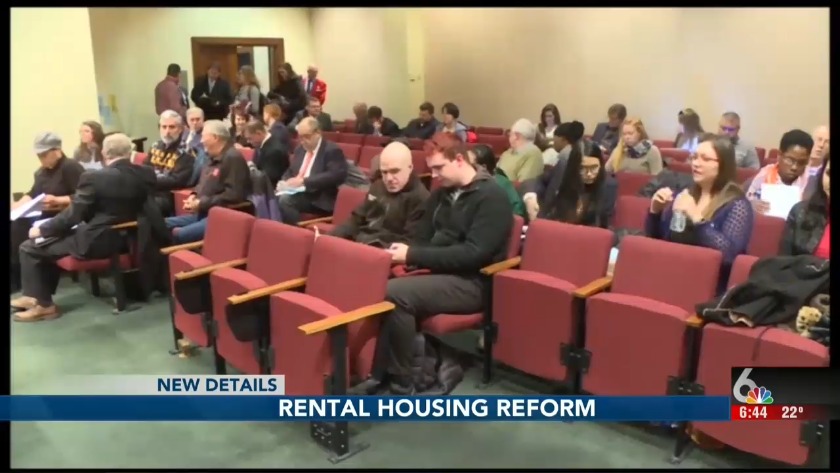 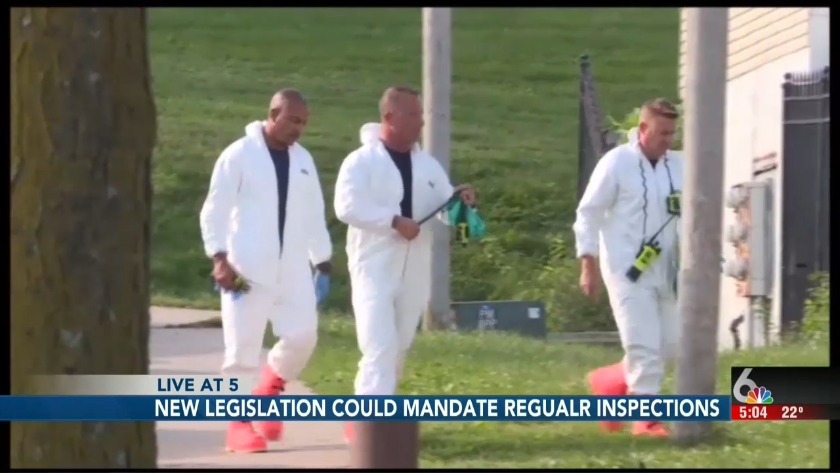 LINCOLN, Neb. (WOWT) -- Former Yale Park residents were among a roomful of people present at Tuesday's legislative discussion on a bill that would force Omaha and Lincoln to have mandatory inspections of rental units.

The Urban Affairs Committee heard public testimony on a LB 85put forward by Sen. Justin Wayne in response to how the city handled the Yale Park incident.

"Yale Park is not an isolated incident," said Sen. Wayne said at the start of the hearing before taking questions.

One of those questions was how to pay for inspections the proposed law would require. Wayne said the fee for landlord registration would cover the cost.

Former Yale Park residents were among those testifying Tuesday.

"We need mandatory inspections so we don’t have to lose our homes," Haday Mu said. "I hope the government can help us."

Haday Mu, testifies about her experience at Yale Park. We did a story about her living conditions post Yale Park in November - she’s still living among cockroaches and mice. She has three children. @WOWT6News pic.twitter.com/UPfuAXsjce

"Right now, even though the refugees and tenants report to them the property damage, they don't want to fix it unless people who have power and authority tell them they need to do it. Then they'll do it," former Yale Park tenant Paw Htoo said to the committee.

Omaha's Somali community was also represented in the comments made Tuesday.

"I found my child had a cockroach in his ear, and that's why he was sick," one woman told the panel.

Representative of Omaha’s Somali community (about 4000 refugees). Says public housing should also be covered in the bill - “I found my child had a cockroach in his ear and that’s why he was sick...I don’t understand how my apartment passed OHA inspection.” @WOWT6News pic.twitter.com/ySumrQzdSn

She said Somali refugees don't want to complain to landlords because they fear being evicted.

Constance Jones, a Section 8 housing voucher recipient, said her lease was terminated after filing a compalint to the city after inspectors found multiple high-level code violations.

While many tenants expressed support for the bill, landlords felt differently.

"Rather than have blanket overall burden placed on all of us in this industry and in the state, that there could be some way we could come together and come up with a solution that's very targeted and something that could be done specifically to address these core operators," said Lynn Fisher of Great Place Properties in Lincoln.

Omaha Councilman Brinker Harding said he was there Tuesday to oppose the bill. Omaha is working on a plan to try to ensure another Yale Park doesn't happen, he said, adding that he doesn't believe a landlord registry or mandatory inspection are the way to go.

Others who oppose the bill said landlord registration would ultimately be passed along to tenants.

The committee will now decide whether or not to send the bill to the floor. That decision is expected to come in the next few days.

Birth classes shift to online for expecting parents because of pandemic