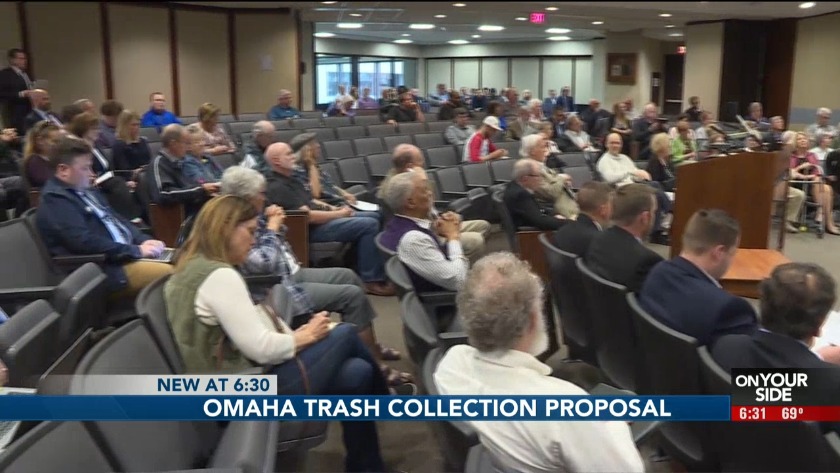 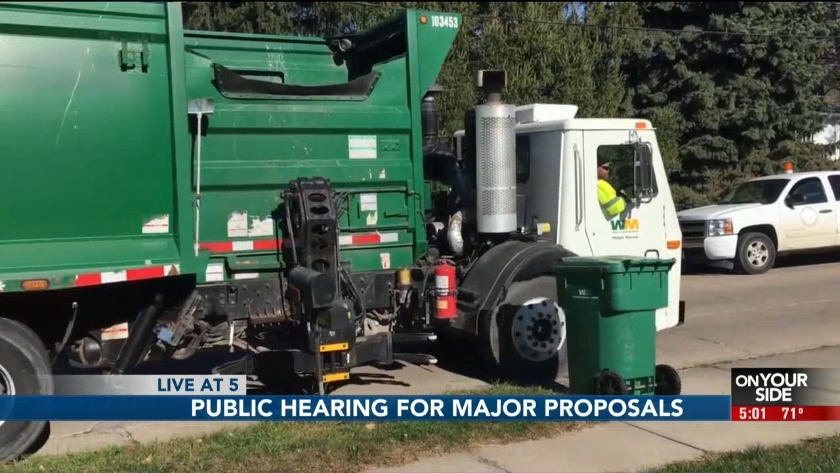 Most of the people in attendance didn't have good things to say.

The reasons ranged from too big of garbage cans to disappointment over the end of unlimited yard waste collection.

"I have a two-car garage and a lot of trees and I don't know where I'm going to go with the cans. Where do I put these? I don't want to drive around the streets and see them out everywhere," Omaha resident Bill Meier said.

"Cost is more than dollars and cents. It's our well being, our humanity and our environment," Omaha resident Amber Posch said.

The city has been studying the issue for the last three years and picked a two-cart base service that costs $8 million more than the current contract.

Recycling would be collected every other week and yard waste would be mixed with the trash.

"We recommended FCC Environmental because of the base service for everyone, plus new options for those who want to separate yard waste at no cost and some at a small cost. Will our service be different in 2021? Yes. Change is hard. But change is necessary. Our current contract will expire," Mayor Stothert said.

The deal has been deemed the lowest and best offer by the city.

The city council could vote as early as next week on the contract.

The target date for any changes is 2021.

Help us Stuff the Bus today!