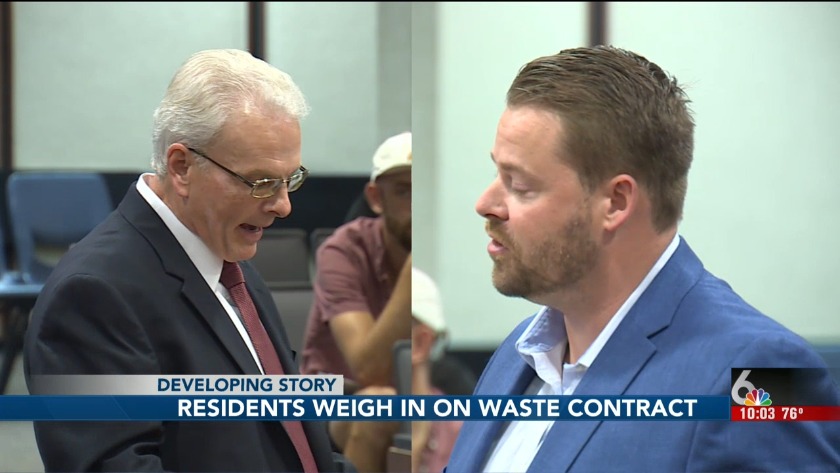 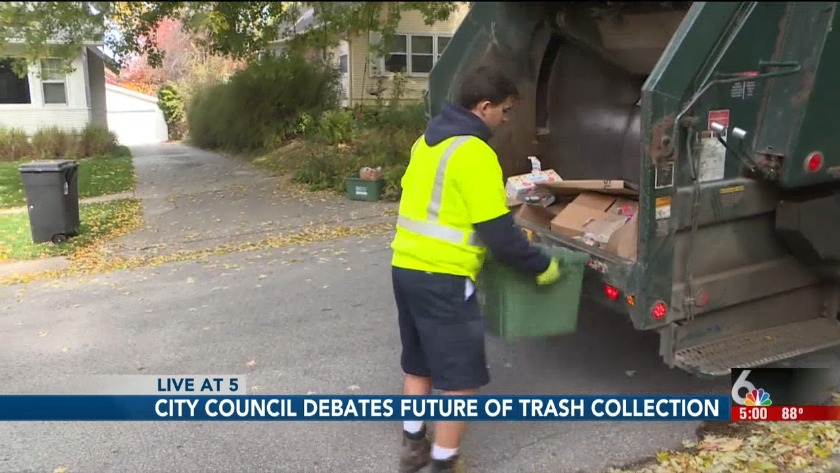 OMAHA, Neb. (WOWT) -- At a public hearing Tuesday evening, Omaha City Council heard what the public had to say about the city's upcoming trash contract options.

With the city’s solid-waste contract with Waste Management ending in the coming year — and the council rejecting the mayor's bid recommendation in June — councilmembers are considering four different options for the future.

At its public hearing Tuesday evening, the council listened to what members of the public have to say about the decision between two bidders: FCC Environmental and West Central Sanitation.

After rejecting Mayor Jean Stothert's recommendation that FCC Environmental be awarded the solid-waste contract earlier this summer, councilmembers are faced with two decisions: what company they want to hire for collection; and how many bins they want residents to have.

FCC Environmental and the smaller West Central Sanitation are fighting for the bid to collect garbage and yard waste for the city while councilmembers wrestle between a two and three-cart option.

Recently, the two companies provided alternatives, where yard waste and trash are collected in one single bin, recycling in the other. In the new supplementary bid, during 8-12 weeks in the spring and fall, both companies would collect unlimited yard waste bags on the curbside that would go to the compost.

FCC bid an additional $1.5 million for the unlimited yard waste collection. West Central's came in at a steeper $12.7 million.

A lot of residents are wondering how they’re going to prevent yard waste in the landfill the rest of the year.

Councilmembers voted unanimously to delay the vote a week to Aug 27.

Mayor Jean Stothert and the Department of Public Works have said they prefer FCC because the company has more experience in large cities. Stothert also said in the past that if the council chooses West Central Sanitation, she won’t sign the bid, which would force Council President Chris Jerram to do so in order to move forward.

What's in the carts? Garbage and trash would be put in the same cart, meaning yard waste would end up at the dump. Recycling would be picked up every other week.

What's in the carts? Garbage, yard waste, and recycling all get their own bins. Also, yard waste gets composted.