Car engulfed in flames at 72nd and Dodge 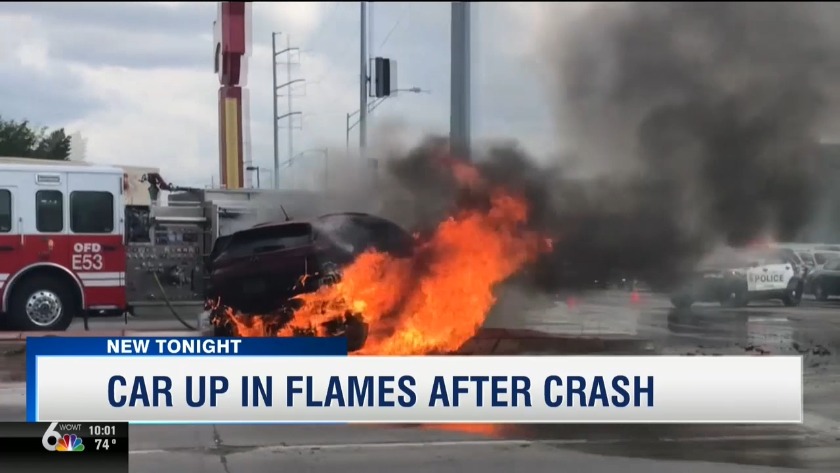 Car up in flames after crash 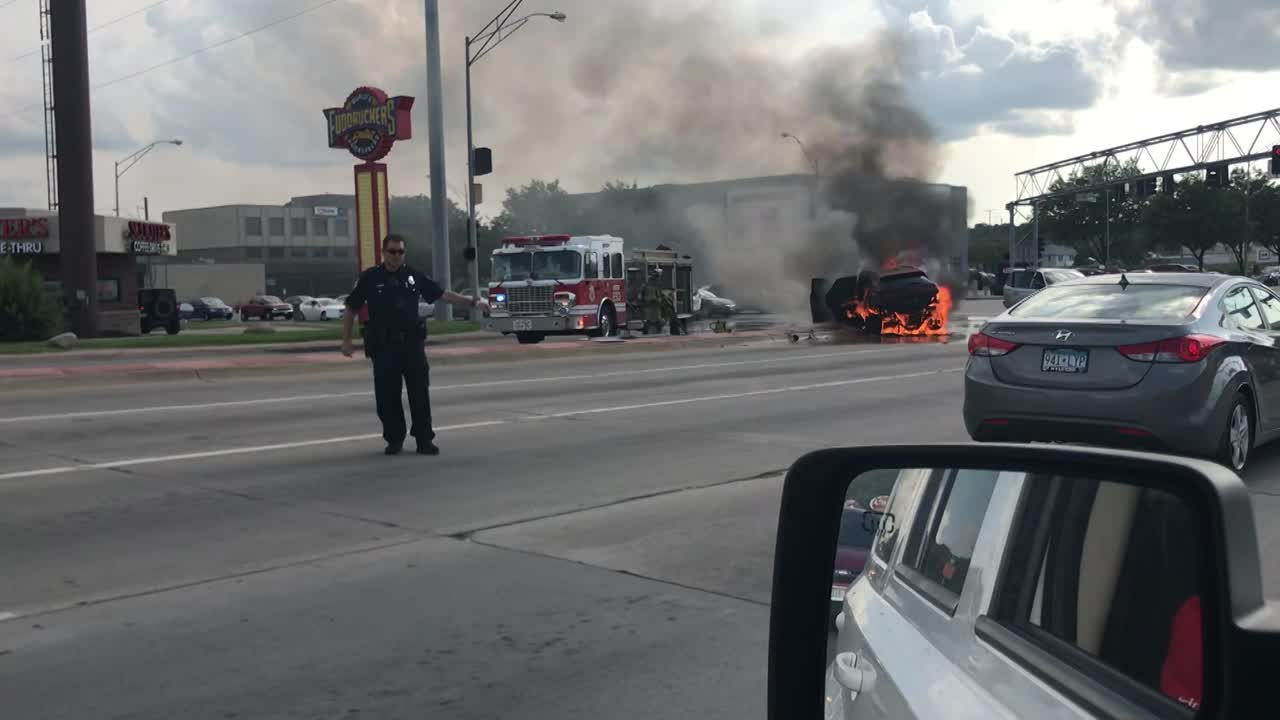 OMAHA, Neb. (WOWT) - A two-vehicle collision sent an SUV up in a ball of flames Sunday evening.

It happened at the intersection of 72nd and Dodge when, according to witnesses, one vehicle ran a red light.

"Definitely not something I ever want to see again," said Brittany Burgess.

The crash was loud.

"It was deafening," Burgess said. "I felt like I was standing right next to it. There was not time for the tires to screech. It just hit."

According to witnesses, the red SUV was turning south from Dodge onto 72nd when it collided, head-on, with an unsuspecting van headed north on 72nd.

"She says she saw the green turn arrow, but didn't catch the red light. And she was very, very distraught over what happened. Very apologetic. Very worried, making sure everybody else was okay," Burgess said.

She was on her work break when she saw the whole thing happen and rushed to help.

"Came running around. I could see the van was in the middle of the intersection at a dead stop. The red SUV was on top of the median," Burgess explained.

She helped pull the driver's son and her dogs out of the van involved in the crash. Moments later, the SUV caught fire.

"Within five minutes it was fully engulfed," Burgess said.

The driver of the SUV, a 22-year-old girl according to witnesses, escaped with just minor injuries.

"Everybody else was fine. Coming from a crash that looked like that, I didn't think that would be possible," Burgess said.

According to Burgess, the driver of the SUV was the only one injured in the crash. They suffered abrasions and mild stomach pains. The driver's father was also in the car but got out okay.

There were no other injuries.