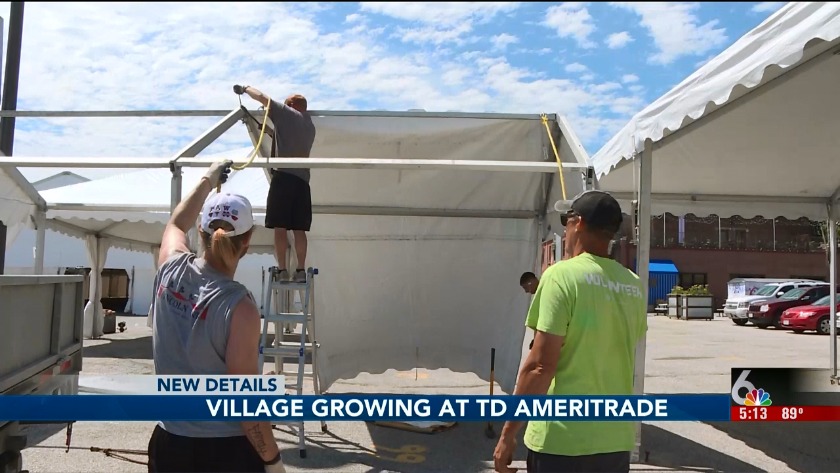 Omaha Baseball Village getting set up for CWS 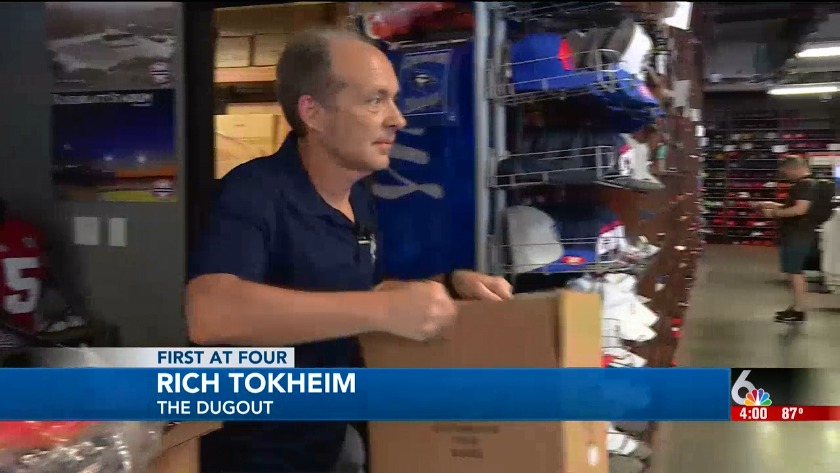 More than 60 tents close to the stadium make up the Omaha Baseball Village, housing vendors selling T-shirt, hats, food and other baseball gear. Right now the work crews are sweating it out, putting up the tents.

“It’s a lot of work,” said Scott Calver of Lincoln Tent and Awning. “It’s a lot that goes into the College World Series… It takes a lot of planning before-hand, and executing the plan when you get on-site.”

Jenny Peters of Omaha Baseball Village is the mastermind behind the set-up. Peters said they have to build the village from the ground up.

“Being like a small town, so we start early, we get the tents up,” she said. “We start putting in electrical data for every vendor. You have to make sure you have everything you need from a sewage standpoint, trash, bathrooms, security. It’s really, again, like building a small town.”

All of this work began early; work crews were putting up tents for the series last month.

“The first tent went up on May 29th,” she said. “Actually, believe it or not, so that was the largest tent. That was a full day… Then, we started Monday morning — the first tents in the rain started going up.”

In past years, the weather has put the tents to the test. Heavy rains fell, making a mess of the grass floors in the Village. Lesson learned: This year, some vendors are doing more than just setting up tents.

“We have some vendors this year who have decided to go with a sub floor because some of our vending area is on the grass, and we just got swamped last year,” Peters said.

There is a lot that goes into preparing the Village where thousands of people will visit during the series.

“Security is really important — fan safety — so we have to make sure the tents are all staked into the ground for inclement weather,” Peters said. “And every inch counts out here. They all kinda got their space — we need to have nice wide walkways for fans, too.”

The College World Series starts June 15 and runs through June 25 or 26, depending on the title game. Baseball Village organizers got an early start because the Summer Arts Festival is going on.

“This year in particular, we are setting up even earlier than before,” Peters said. “We are accommodating the Omaha Summer Arts Festival, which will be this weekend on Mike Fahey Street.”

The festival means Baseball Village needs to be in place well ahead of time.

“We’re anticipating additional traffic, and they’ll be some street closings. So when our vendors want to come in and start preparing their tents with merchandise and everything, they’re going to have limited access,” Peters said. “So we have to get their tents up sooner to be able to make sure the fans that are here for the Summer Arts Festival are all able to attend that without any disruption.”

Businesses around the stadium are also scrambling to prepare for the thousands of baseball fans who will soon take over downtown. For some businesses, those preparations are tough.

Whether you’re stocking drinks or moving T-shirts, it takes a lot of planning and a little guess-work to get ready for the big crowds.

For Kevin Culja of Rocco’s Pizza and Cantina, a lot of planning goes into getting his business ready for CWS crowds. He has to hire more employees and make sure he’s got lots of cold drinks on hand.

“You just want to make sure you got everything ready to go to make it as smooth as possible, you know, worrying about all the stuff you have to have” he said. “It’s so out of the ordinary on what you would do in an average weekend — even a concert or single game that lasts a few hours. You’re talking about 16 hours a day for 16 straight days.”

Up the street at the Dugout, Rich Tokheim is working to get rid of some of his stock before the series begins.

“Normally, we’re a Nebraska and Creighton store all year round, so we have to get rid of all our product in the store to bring in the new CWS stuff,” he said. “We’re probably the only store that has to be empty one time a year.”

Tokheim is having a big sale to empty out the store, but he still has a big problem: He has no idea which teams will be here, so he doesn’t know whose gear to buy yet.

“It’s tough,” he said. “The Super Regionals start on Friday and Saturday, so some of the games might not get over until Monday. And it’s been rained out in the past, so they could be put back to Tuesday night. And the other: Normally we get big shipments on Wednesday and Thursday. The added problem is the MLB game, which is on Thursday.”

WEDNESDAY COVID-19 UPDATES: Half of Americans say they would get a vaccine against virus