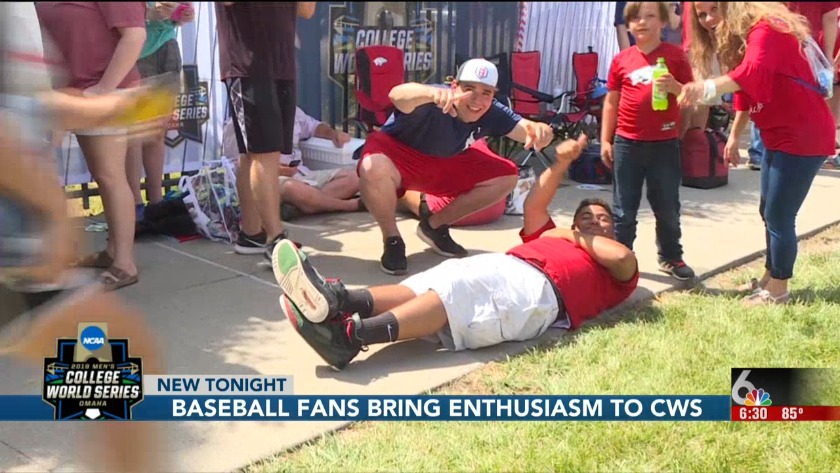 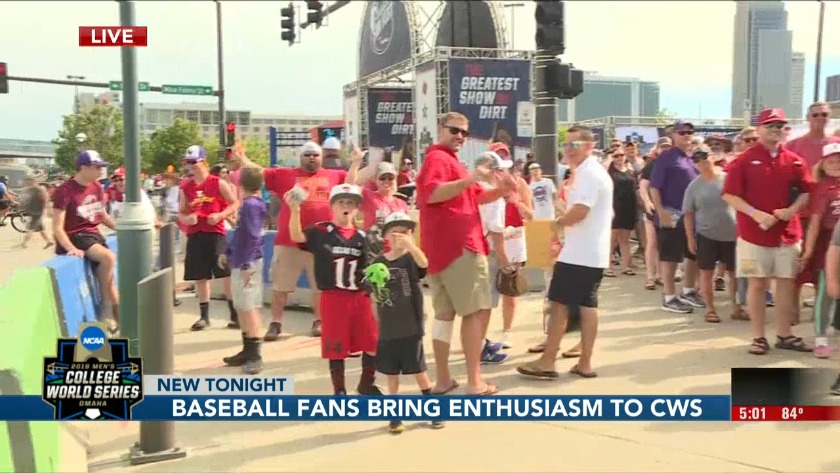 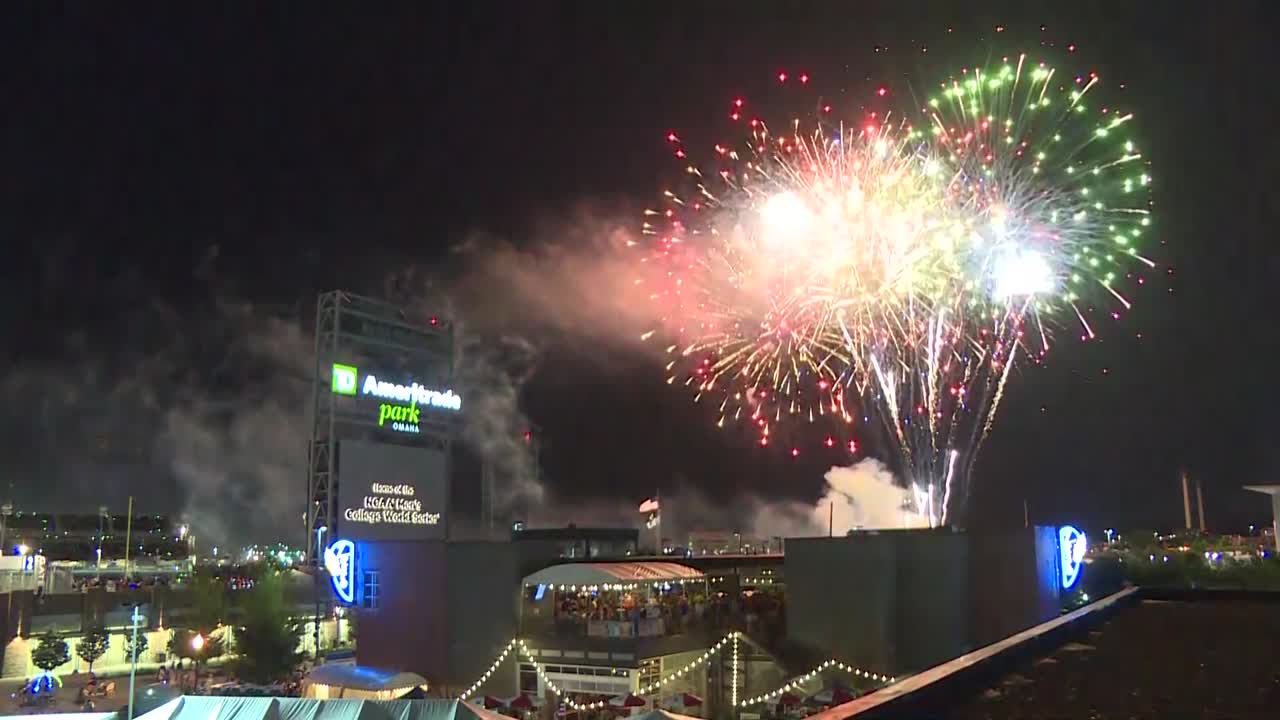 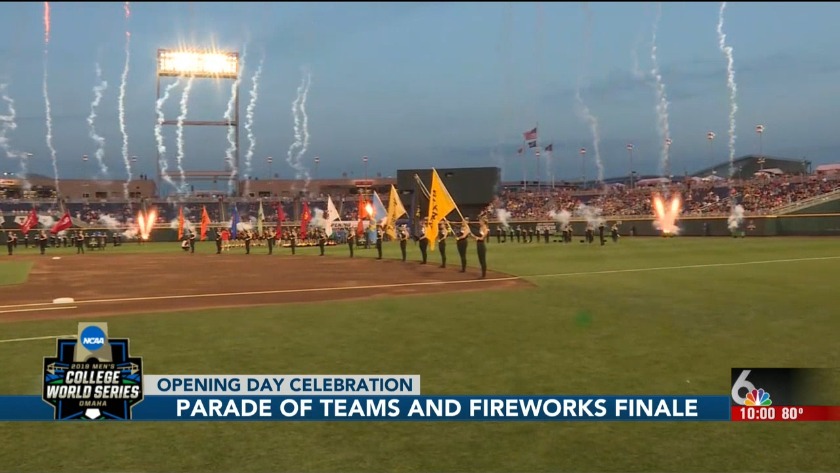 OMAHA, Neb. (WOWT) -- Michigan made its opening round statement at the CWS Saturday, dropping Texas Tech 5-3 in Game 1 of the 2019 series. Flordia State took the nightcap, 1-0 over Arkansas.

College World Series tradition holds that once the sky has burned, it’s time to lash out with bats.

The sky fire crew put a glittering cap on TD Ameritrade Park and the Opening Ceremony Friday night. Fireworks shocked the sky and thrilled the fans in a fiery punctuation to Day One of the series celebration.

Then came game time and the Michigan Wolverines opened play with their win over Tech. FSU ruled the night.

The games followed a run-up to the series that saw thousands of fans flock to the ballpark to savor a day of fun, food, music and pageantry.

Friday night included a parade and the formal ceremony at the ballpark to light the fuse on the powder keg of the championship chase.

Players arrived on the field to the roar from of a house of fans.

And while the celebrating rolls on, so does baseball.

With the nightcap pitting Arkansas against Florida State, the line to the ballpark on Saturday afternoon was peppered with Razorbacks who had driven hours to stand in the beaming sun. But that didn’t put a damper on their moods.

The sunscreen was vying with the refreshments for Most Valuable Product honors as waiting fans settled in.

From outside you could hear spectators in the stadium cheering for Michigan and Texas Tech in the Series opener, letting the fans on the outside what was in store for them.

The parking lot across the road was packed with tailgaters but the loyal fans put that aside to make sure they were in the ballpark when their team took the field.

The Hogs had spoken.

But there were Seminoles on that field too.

Grab your sunscreen, this is just half the line for the second CWS game today. pic.twitter.com/Dqzavxj44i

Good luck to all of the teams here in Omaha! ⚾️ You already know who I’ll be cheering for #GoCards #CWS pic.twitter.com/AwPzM4xOKk