CWS 2019: College baseball has been fostering friendships and reunions for decades 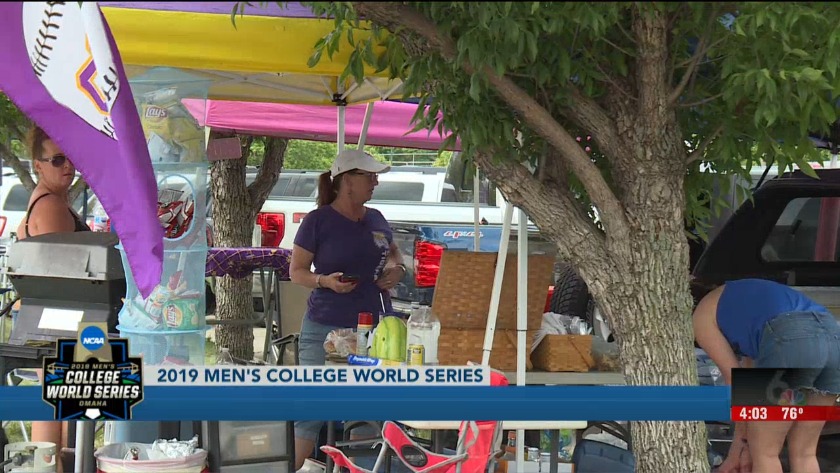 Tailgating at the CWS 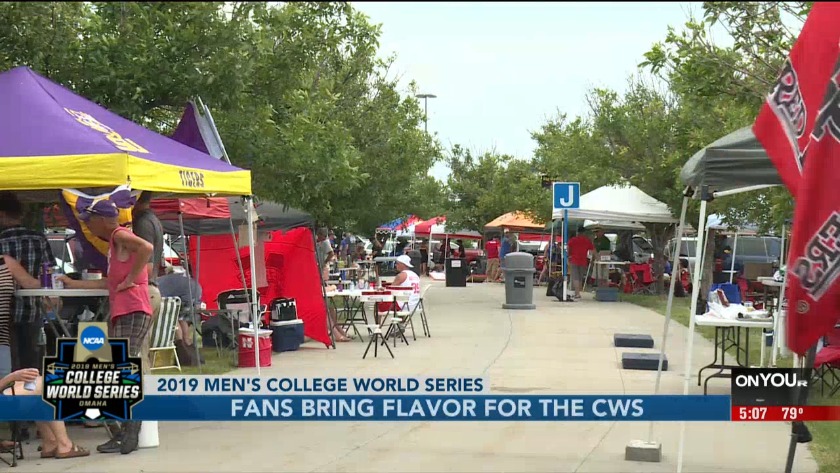 Power tailgating at the CWS

OMAHA, Neb. (WOWT) -- You need more than a tailgate if you’re going to take your tailgating seriously.

You need the kind of resolve it takes to show up at the College World Series and stake out your turf with your celebratory regalia even if your team missed the cut. That’s commitment!

Leigh Waldman crossed paths with a case in point Monday.

LSU, no stranger to college baseball’s championship hustle, missed the 2019 boat but that was no deterrent to Tigers fan Kelli Francis.

On the mitigating side of Kelli’s circumstance, no cross-country travel was needed to pitch the purple tent.

Francis is known as the princess of the kitchen.

"Today I've got pulled pork and ribs. It's a three day process to get the ribs ready," Francis touted.

Francis' tailgate has been growing in size and diversity since the CWS was held at Rosenblatt Stadium.

“There's people from Baton Rouge, Arizona, Texas, Arkansas, Missouri and Colorado. And there's even people from Omaha that I don't see all year that come down just for this."

Jim Brzozowsky met Francis at a game about 15 years ago. Even though the food is a high point, he comes back year after year for the friendships.

To remember the people they meet over the years, Francis has a guest book filled with signatures and photos.

"I started a few years ago because I couldn't keep track of who all was coming," Francis said.

This year, someone isn't around to sign the book. Tyler passed away in January.

Cindy Francis explained that he went to the hospital for what he thought was the flu and never came back out.

In an effort to include him this year, Kelli made a flag with pictures from tailgates over the years to send to Tyler's family.

"Kelli being Kelli had an awesome flag made up," Cindy said. "We are trying to keep it as normal as possible but you still miss that person."

Tyler's family isn't here this year, but neither is Kelli's team LSU. Next year is a whole new ballgame.