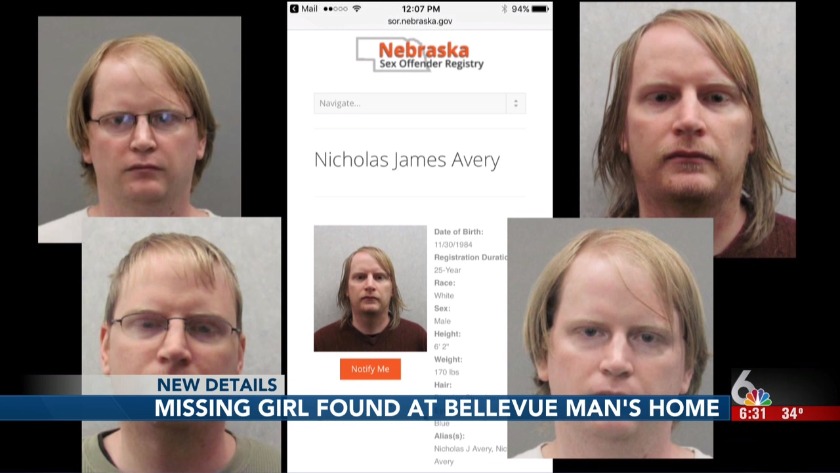 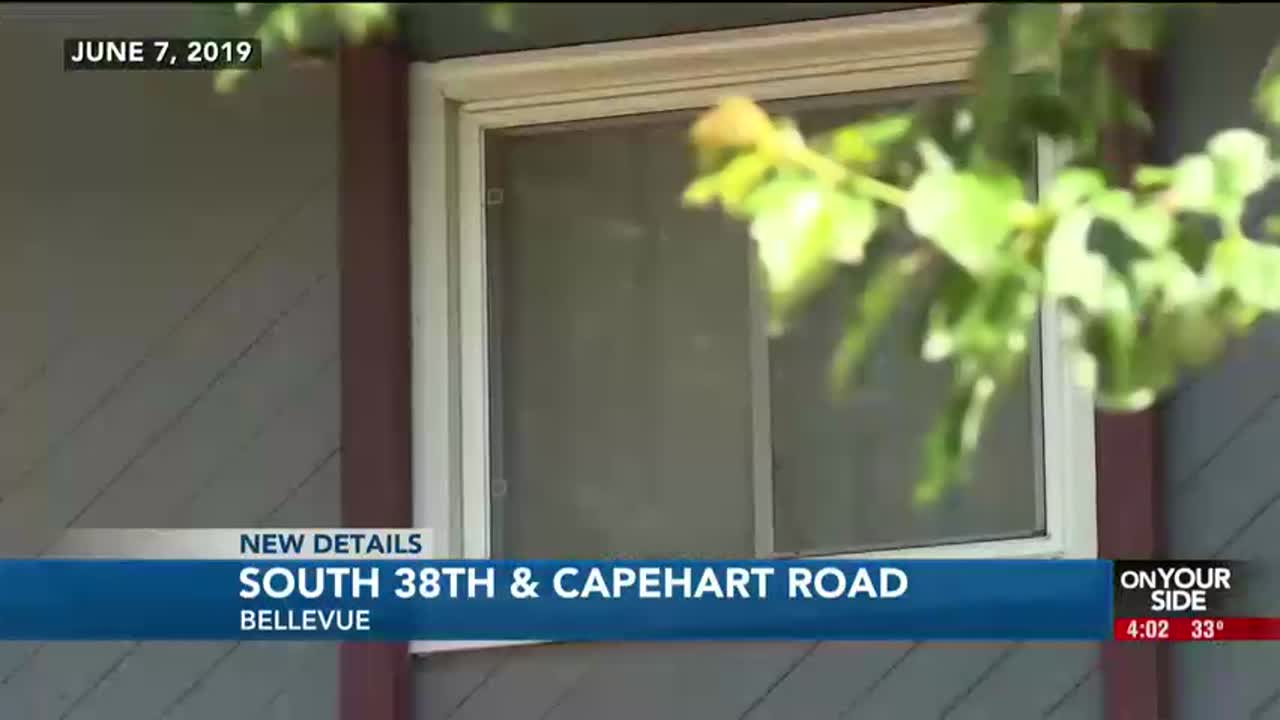 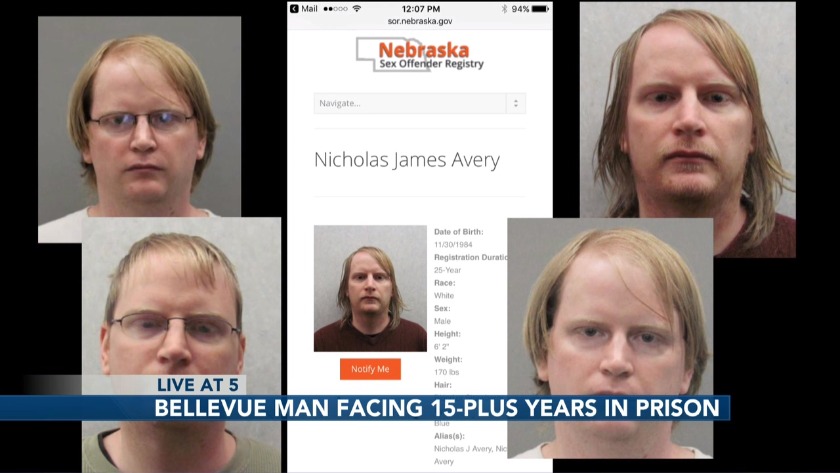 BELLEVUE, Neb. (WOWT)-- A Bellevue man pleads to sexually assault a child. It's a disturbing case that crossed state lines and involved a 13-year-old girl.

This is one of those cases where a computer programmer by trade used his powers of persuasion to lure a teenager to his home. She's from Kansas.

With the no-contest plea the suspect, at a minimum, faces 15-years in prison.

On the sex offender registry, Nicholas Avery has a number of mugshots. Here's the reason, he was on probation after getting caught for trying to lure young girls online and was required to register for the next 25-years.

This is one of the ads an investigator found online it said: "young? You have a weird thing for older men? Let's talk about that."

The Bellevue police officer posed as a 15-year-old, from there the conversation ramped to the very sexually explicit -- too much for the evening news.

Fast forward and the now 35-year-old is in custody for much more serious charges, sexually assaulting a child.

Last summer, a 13-year-old girl from Topeka, Kansas, had been reported missing from her grandparents’ home.

Avery had met her online and paid $200 to have a ride-sharing service "Lyft" drive her the 2-and-a-half hours to his Bellevue home.

Ben Perlman, Sarpy County Deputy County Attorney said, "That was my case several years ago prosecuting him. It's hard to see a repeat offender. Not only a repeat offender but someone who escalates the online actions that he was on probation for -- to doing something that was as awful and brazen as it was here."

Many shudder to think of what else could have happened to the teen.

In June, sheriff's investigators from Kansas tracked the girl to Bellevue, and Bellevue police found her with Nicholas Avery here at his home.

They believe she had been there for three or four days.

Nicholas Avery will be sentenced in late March.

The 15-years is the mandatory minimum for this crime, meaning he'll serve 15-years at the very least, but could get much more.

Just in: Nicholas Avery, 35, pleads No Contest to sexually assaulting a child. Last June, he met a 13-yr old girl online & paid $200 for Lyft to pick her up in Topeka, KS, & drive her to his Bellevue home. Investigators say he sexually assaulted her three times. @WOWT6News pic.twitter.com/JxeSZKlELx

Omaha man gets prison after 20 years of stalking woman

Omaha man gets prison after 20 years of stalking woman