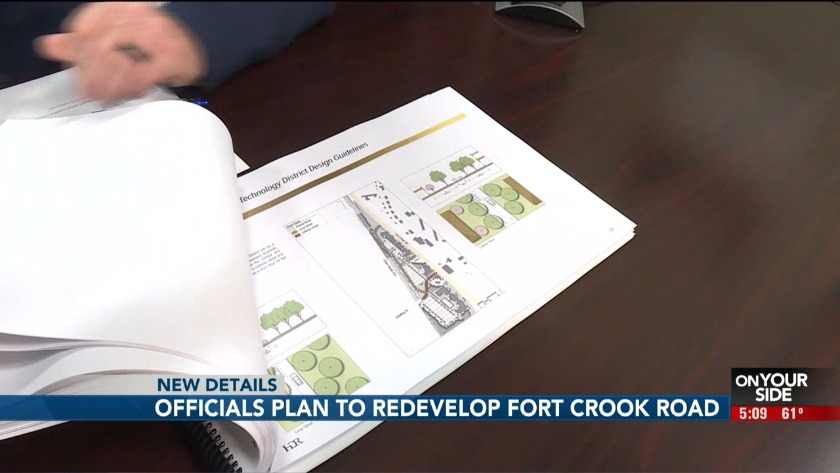 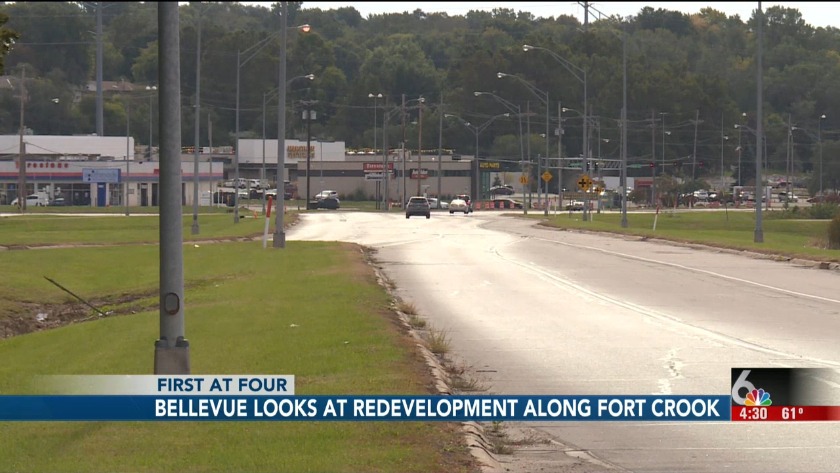 BELLEVUE, Neb. (WOWT)-- The city of Bellevue plans to dress up its gateway to the city, the plan is to redevelop Fort Crook Road and line the street with mixed-use projects, bike paths, and walking trails.

This redevelopment plan has been sitting on the shelf for more than a decade.

Mayor Rusty Hike pulled out the redevelopment plan that was finalized in 2008, about 200 pages of plans that cover more than six miles from Chandler Road to Fairview Road.

Hike says this plan will completely change the look of the road.

“It looks like it’s been abandoned, looks like an old road that just hasn’t had any attention to it, the pavement is in disrepair, makes it look cold and not very warm welcoming,” said Hike.

The redevelopment plan would change all that, adding office space and retail as well.

According to Mayor Hike, the project could being soon, they are waiting on the go-ahead from the state.

“The state has the right-away along the sides of the road, and in the middle when the state turned the highway over to Bellevue the state didn’t give up those right-aways,” said Hike.

If the state sends the OK, the work could take about five years. City officials have no idea what the project will cost, but hope developers will come in and help financially.