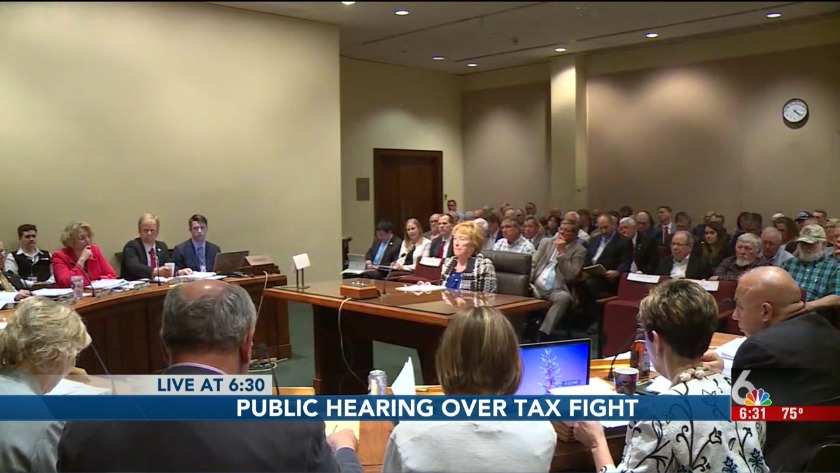 Tax battle heats up in Lincoln 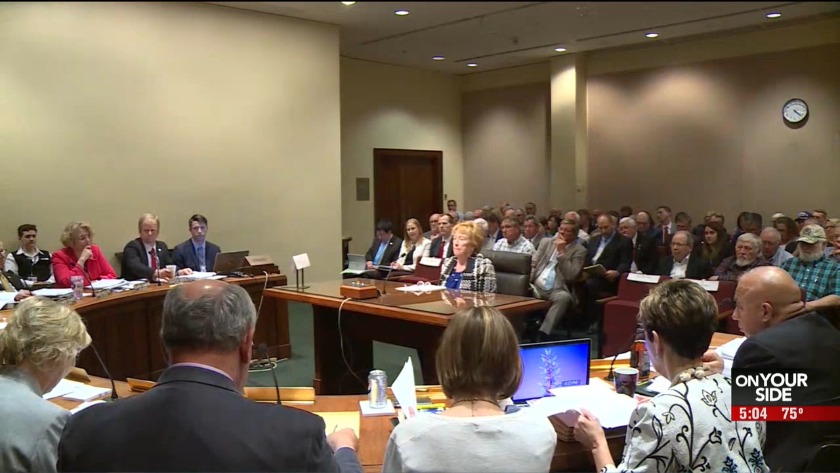 LINCOLN, Neb. (WOWT) -- A showdown is looming on the floor of the Nebraska Legislature over taxes and setting the stage Wednesday - a rare public hearing featuring three legislative committees.

It's a fight over sales tax, income tax and property tax. The idea is to use state aid to schools to create property tax reductions.

The public hearing in Lincoln began Wednesday afternoon. Lawmakers played to a packed house with discussion expected to run well into the evening.

Here's why: the plan would do a number of things including dropping our taxable values of property across the board by 10-percent; raise the sales tax from 5.5-percent to 6.25 percent and candy, soda pop and bottled water would no longer be exempt.

Hours before the public hearing Gov. Pete Ricketts reiterated his frustration over the plan.

“We've tried this in the 90s and again in the 2000s,” he said. “Raising taxes to enable more government spending will just mean more taxes and more spending. Real tax relief will only come with how do we better control our budgets."

Three hours deep into the debate it was too early to tell where the proposals stood.

Past opposition from craft brewers got that tax increase removed but others complained about the tax on soda, candy and bottled water and that's still in there. The tax bill could look entirely different by Thursday.

Gov. Ricketts enlisted a half dozen Nebraskans to voicing his opposition to a tax plan he said would be the biggest hike in state history.

The state bite of Nebraska’s money is leaving marks.

Trent Loos of Litchfield, Nebraska said, "I know everyone's thought process. Who are the winners and who are the losers? The losers are anybody who calls Nebraska home."

At the hearing, State Sen. Lou Ann Linehan reminded everyone that the main reason for the tax increases is to provide property tax relief that leads to more fairness when it comes to doling out state aid to K-12 schools where Nebraska ranks in the mid-40s.

Linehan said, "We're moving ourselves up to 20th in the country and we're committed to staying there."

From a sales tax hike to taxing soda pop, bottled water and candy, many opponents say it's robbing Peter to pay Paul.

However as farmer Art Nietfeld said, "I'm sure all farmers would like to have more property tax relief, but then everyone would - but this will sure help a lot."