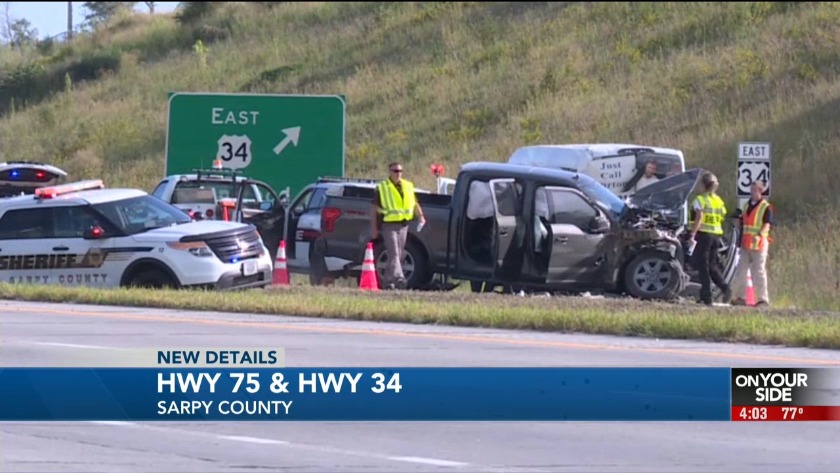 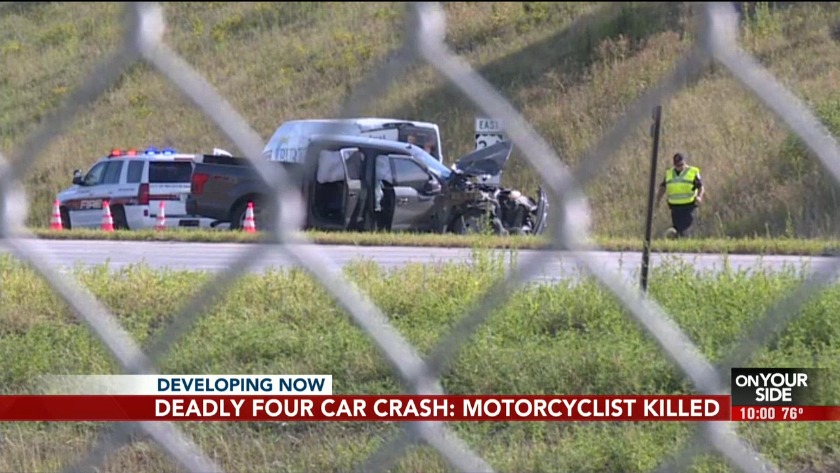 Jody A. Emmert of Bellevue died at the scene of the crash, about a quarter-mile south of the Highway 34 junction, according to a report issued Wednesday by the Sarpy County Sheriff's Office.

About 4:35 p.m. Tuesday, the four vehicles were southbound, heading toward the Highway 34 overpass, when the 2014 Harley Davidson motorcycle hit a 1998 Ford Windstar minivan, triggering a second crash involving a 2018 Ford Transit work van and a 2018 Ford F-150 pickup, the report states.

Following the crash, the pick-up driver was treated and released from the hospital, the report states. One teen riding in the pick-up was treated for a mild injury caused by the seatbelt.

The crash, which remains under investigation, was initially reported as a hit-and-run after one of the drivers involved in the crash drove away from the scene. The driver returned to the scene, so authorities said Wednesday they are weighing whether that constitutes "leaving the scene of an accident," or fits the statute.

—
Correction: A previous version of this story indicated the wrong date of the crash. 6 News regrets the error.