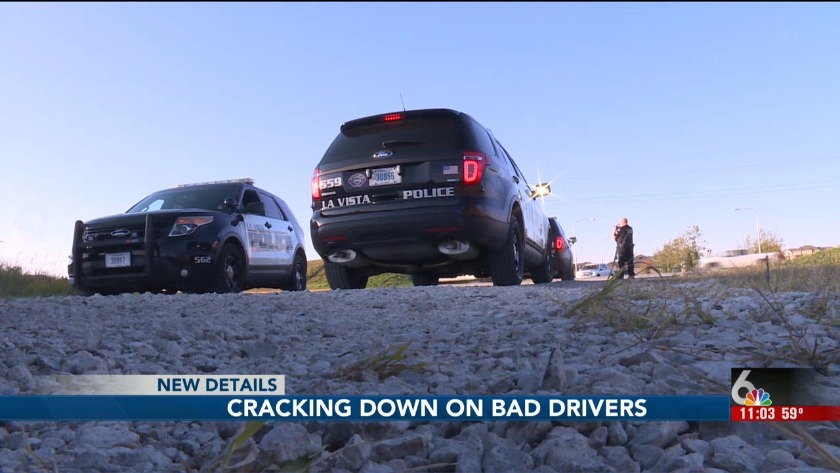 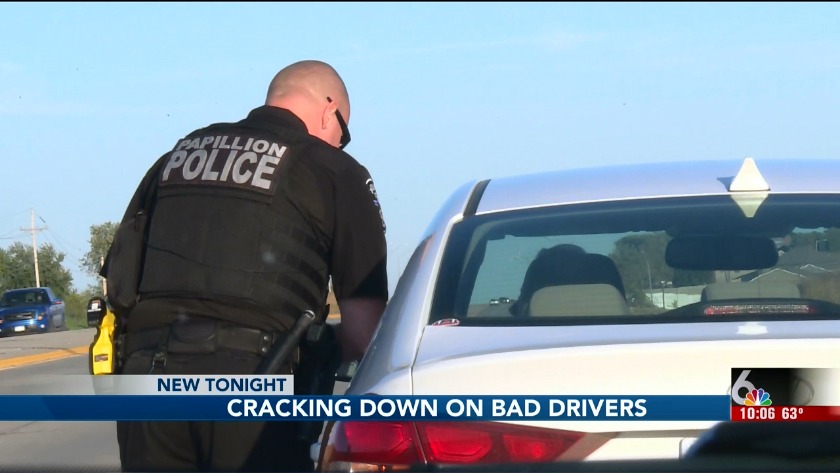 OMAHA, Neb. (WOWT) -- Over the last few months, there have been several deaths on Sarpy County roads. Now, a task force is at work across the county to crack down on bad drivers, particularly on the busiest stretches.

Highway 370 is one of the busiest roads in Sarpy County. Tuesday, local police and Sarpy County Sheriff's deputies were patrolling there, cracking down on speeding and other dangerous driving habits.

Jeremy Nelson has been with Papillion Police for 12 years. His department along with the Sarpy County Sheriff's Office and La Vista and Bellevue police have begun working together to crack down on bad driving on Highway 370.

"Sarpy County has been growing so fast these last few years, and one of the big issues is traffic complaints throughout the entire county," Dargy said.

But the task force isn't out here just to issue tickets. They want to make sure drivers get home safe, especially since it has been a deadly past few months in Sarpy County.

"Our numbers are double what they were last year. The numbers are up for the entire state, it's not just isolated in Sarpy County," Dargy said.

So far this year, 21 people have died this year in Sarpy County crashes; that's 11 more than last year.

The task force is the most recent effort to make Sarpy County roads safer. In recent months, county authorities have taken other measures, including:

It's not the first time authorities have cracked down on county trouble spots. In April 2018, Sarpy County Sheriff's deputies and Nebraska State Patrol cracked down on bad drivers in a special enforcement effort along Platteview Road.

Paradise Lakes set to be demolished in 30 days

Paradise Lakes set to be demolished in 30 days